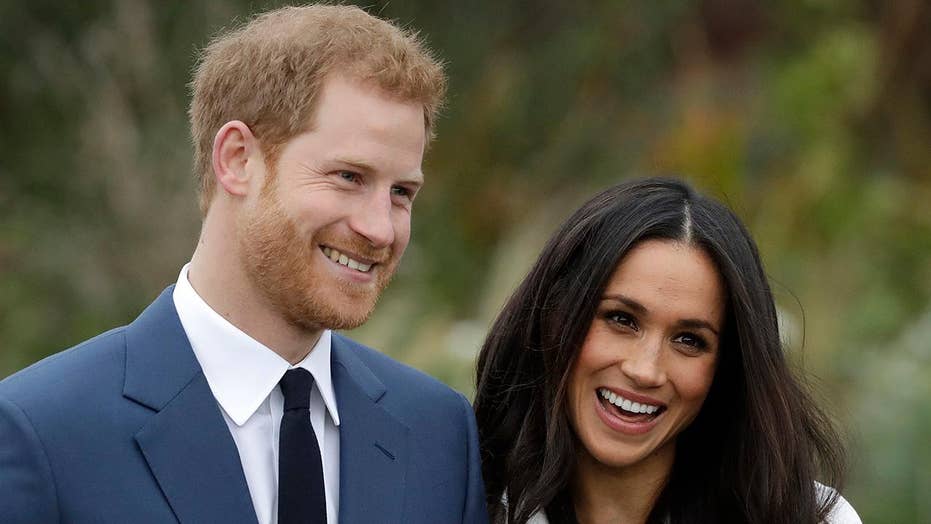 Meghan Markle could be on her way to financial independence -- and then some -- after stepping down as a senior member of the royal family along with husband, Prince Harry.

The former American actress and her British hubby said they are focused on gaining financial independence as they navigate their new lives outside of the queen's control.

And there is no lack of opportunity for Markle to bring in the bacon; as soon as the Duke and Duchess of Sussex made their shocking announcement in January, leading branding mogul and Kim Kardashian BFF Simon Huck said his agency was "flooded" with "huge" offers for Markle.

Meghan Markle, Duchess of Sussex and Prince Harry, Duke of Sussex pictures here in September 2019, shocked the world — and the queen — when they announced in January that they would no longer be senior members of the royal family. (Getty)

"Obviously, our agency was flooded with inquiries for Meghan," Huck told "The Morning Toast" on Tuesday. When asked by co-host Claudia Oshry if he received 7-figure offers, Huck nodded and replied: "Oh huge! Equity offers."

Huck said if Markle accepted all of the deals his company, Command Entertainment Group, received she would make $100 million.

Huck explained Markle "just can't do" a standard commercial endorsement as it wouldn't be a good "look" for her. Instead, she should follow "what Michelle and Barack [Obama] are doing."

"She'll follow in that path," Huck hypothesized. "She'll do a book deal, she'll do a TV show, she'll produce."

MEGHAN MARKLE, PRINCE HARRY ‘ARE RELIEVED’ TO BE LIVING IN CANADA AFTER MEGXIT, PAL CLAIMS

Per Levin, who executive produced FOX's "Harry & Meghan: The Royals in Crisis," Prince Harry, 35, and Markle, 38, will have no problem earning big money and will become billionaires.

“Make no mistake about it, Harry and Meghan are incredibly marketable," Levin said. "I mean, we talked to Mark Cuban, who knows a thing or two about branding and business and entertainment, and he thinks they're going to be billionaires, and the reason is simple.

“They are sought-after people. They are young, beautiful, intelligent, interesting people and Oprah [Winfrey] has already partnered with Harry on a mental health docuseries,” the "Objectified" host continued of the pair, who said in their Jan. 8. announcement that they will "work to become financially independent" of the crown.

“So [Harry] put his foot in the entertainment pond and Meghan has been in it," Levin said.

"So they are... somebody we interviewed calls them the 'Junior Obamas' when it comes to making money because they are extremely marketable," Levin added.