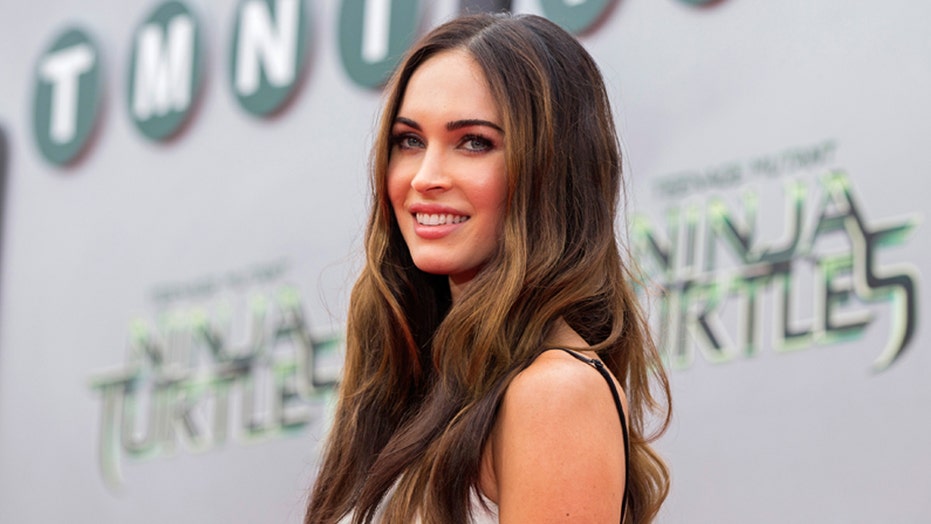 Fox 411: Megan says that now she has sons, shes done baring her body

Sex symbol Megan Fox has vowed never to film an X-rated scene again in case it affects her children.

The actress is one of the most lusted after leading ladies in Hollywood and has played a series of scantily clad characters since rocketing to fame in 2007’s "Transformers."

She was a prostitute in 2010 film "Jonah Hex," starred in Eminem and Rihanna’s saucy "Love The Way You Lie" video the same year and kissed Amanda Seyfried’s character in 2009’s "Jennifer’s Body."

But since becoming a mum to sons Noah, three, and Bodhi, two, the 29-year-old has turned down some of the raunchier roles she has been offered.

In an exclusive chat, Megan, who is expecting her third child, explained: “There are just certain things boys should never see their mothers do.

“There are some good projects I’ve read that are with talented people, talented directors, but the things the women are required to do in the movie are things I can’t have my sons ever know or see.

“I was offered a project that’s coming out on HBO that centres around the life of a prostitute and it has very graphic sex scenes — things you would see in a pornographic film — and those are things that are degrading to the woman who’s playing the character.

“It’s up to the mother to determine what she thinks her children can handle seeing or not.

“I don’t think my children should ever see me doing some of that stuff.

“I don’t think my boys could handle that.

“They can’t separate the experience from the reality from the art.

“It gets very confusing when it’s your own mother.”

Last month Megan revealed she was pregnant with estranged husband Brian Austin Green’s baby, despite previously planning to divorce him.

Instead she has now reunited with the 42-year-old, who is the father of her two sons, and admitted they are moving out of LA city to focus on raising their brood, which also includes her stepson Kassius, 14.

Hinting that the child she is expecting could be another boy, she added: “The third one will have the best experience of us as parents.

“And he also has two older brothers who are also going to take care of him.”

Despite her worries about being sexualised on screen, Megan — who reprises her role as reporter April O’Neil in this month’s "Teenage Mutant Ninja Turtles" sequel — was dismissive of those who criticise her acting.

Admitting she had not worked hard for her fame, she said: “I’m not like a silly, stupid little actress but I don’t care if people only want to hire me to look pretty.

“In Hollywood your time is limited and I’m not passionate about it.”

Instead of an Oscar on her mantelpiece Megan has gongs including Choice Hottie of the Year and a Worst Supporting Actress Razzie.

“I feel like if I was really hung up on critical acclaim or people’s opinions then I would be more pressured, I would strive harder to disprove such a stereotype.

“But sometimes you just get pigeon-holed.

“I have fun most of the time making movies, and that’s the main objective because it’s just a job.

“Where I’m from in Memphis, women are damsels and ladies and they’re gentle or whatever.

“I was very fiery and no-nonsense.