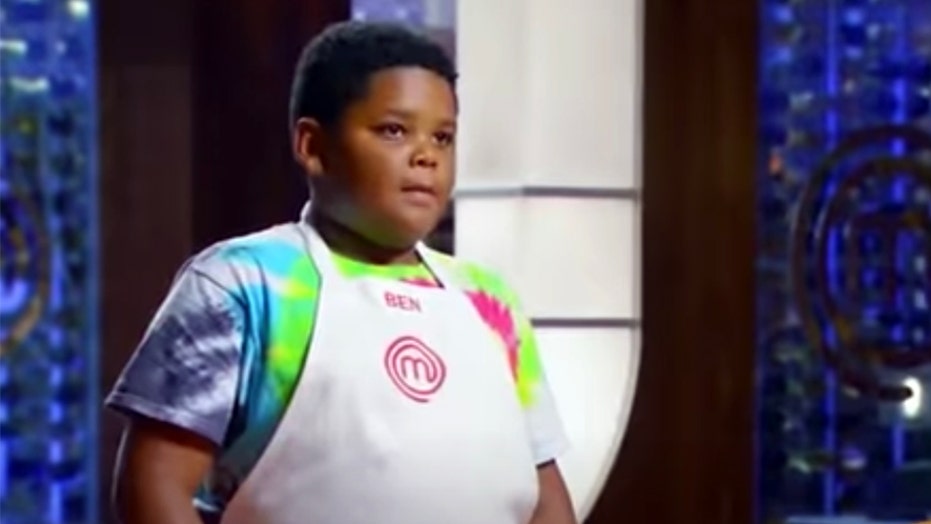 A statement was shared on behalf of the aspiring cook's grandmother and uncle on a GoFundMe campaign named #Love4Ben last week.

"Shortly after his 13th birthday, Ben was diagnosed with a rare illness called Angiomatoid Fibrous Histiocytoma, a soft tissue tumor usually in children and young adults. Young Ben is one of only six people in the entire world diagnosed with this illness. Ben is currently undergoing treatment at Lurie Children's Hospital of Chicago," attorney Trent A. McCain wrote on behalf of his relatives.

‘MASTERCHEF JUNIOR’ KID HUNTS HER OWN FOOD, INCLUDING ALLIGATORS

As of Thursday, the fundraising page reached 25 percent of its $130,000 goal for the Indiana native. McCain shared that Watkins began chemotherapy that same day.

The family describes the teen as a "remarkable 13-year-old" who appeared on Season 6 of FOX's "MasterChef Junior." He was 11 at the time he filmed the show and was a part of its top 24 competing for the title of Masterchef Junior.

"He placed in the Top 18 and was a Fan Favorite," the family added, noting that his season is available on Hulu.

The family said that Watkins is in good spirits.

"Despite all of Ben's trials and tribulations, he remains positive and looks forward to getting back in the kitchen and pursuing his dream to become an Engineer," the page states.

Watkins' health battle comes just three years after the death of his parents. According to the Chicago Tribune, his father, Michael Watkins, shot and killed his mother, Leila Edwards, before taking his own life. Investigators ruled it a murder-suicide. Following their passing, a trust fund was set up for Watkins and raised $30,000.

Watkins' season aired on FOX in 2018 and he quickly became adored by viewers. As of Thursday, the GoFundMe page has raised more than $53,000.