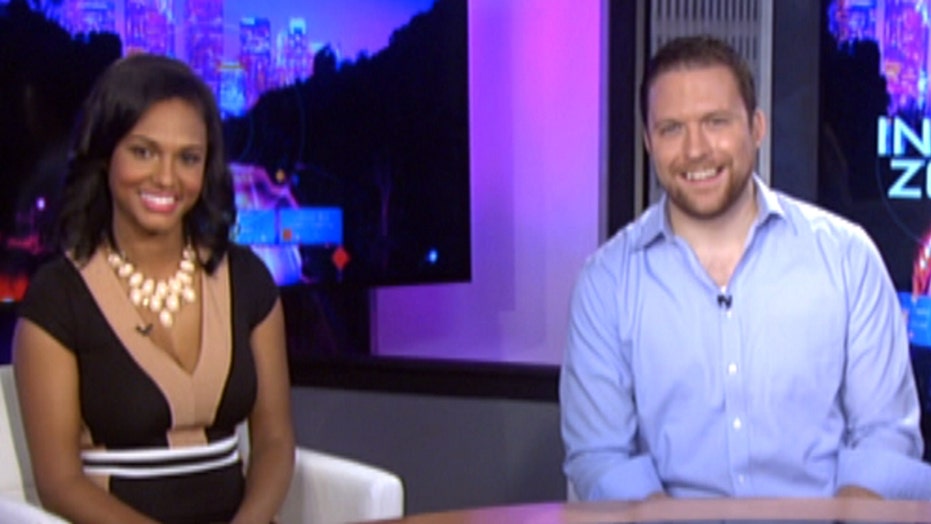 ‘Married at First Sight' stars get hitched on the spot

NEW YORK – Would you marry a complete stranger if a group of experts deemed you’d be a great match? Well, stars of FYI network’s “Married at First Sight” Vanessa Nelson and David Norton opted to get hitched on the spot. Both got married on the show, though not to each other, and spoke to FOX411 about why they signed up for the outlandish social experiment.

Vanessa Nelson: No, we are not.
Norton: No.

FOX411: Why did you decide…to do the show because many people say, “Oh my God, that’s so crazy!” But people do it and it’s been successful in the past…
Nelson:  Well, umm, yeah it is crazy. It’s a crazy thing to do, but I was always a fan of the show, and I got a chance to see how the experts really took the time to match the couples, and in the first season they were very successful, and in the second season there were some divorces, but I felt I learned so much about relationships just from watching it… So, I was just excited to be a part of it and it is crazy. It’s like very nuts. It’s a risk to take but I was willing to take that risk to find someone that could be a perfect match for me.

Norton:  Cool. If you told me a year ago that I was going to be married to a complete stranger I would have laughed at you. I was like, “There’s no way that’s happening.” But I just came out of a relationship. It was short, but it was a short relationship and I was kind of back to the drawing board again. It’s been a lot of those short relationships that last for two or three months and then fizzle out, so it was really at a point “why not?” “What’s the worst that could happen? What I’m doing now isn’t [working], so why don’t we trust these experts that have had success in the past and let’s see what happens.”  If I didn’t do it maybe I’m missing out on my story which is marrying a complete stranger.  So, that’s why I took a chance at love and went for it.

FOX411: And the verdict is two thumbs up so far? I mean I know it’s a work in progress but what would you say as far as “Married at First Sight?” How’d it work out?
Nelson: I definitely say two thumbs up. I would definitely say that. It’s a lot of work. It’s a lot that goes into it. You learn so much about just being married and then you’re pushed into it with someone you don’t even know so it’s very challenging but I think the whole process is really just so worth it.

FOX411: What’s different though when it comes to let’s say dating versus being married at first sight? Do you just feel like, “I have to be committed to this person? I have to work things out with them?”
Norton:  Great question. I know I make a great boyfriend. I know I’m a fantastic husband.

FOX411: We’re going to talk to your wife.
Norton:  But what really attracted me… At least when you marry someone at first sight you know this person is committed like they want a family, they want to be married so you’re on that same level which is when dating, let’s be honest, that’s a very difficult challenge to agree to be on the same page. “Are we defining the relationship?” You know, that’s always a big talk when you first start dating.

FOX411: Are we going to Facebook status update?
Norton: Yeah, did you change your social media status? This way, you know, it’s insane to start off being married but at least you’re on that wavelength where you’re committed. You know going into it that the person you’re marrying is committed to making it work and being a part of a family and wanting a family, and that’s something that appealed to me quite a bit.

FOX411: What have your families thought and your loved ones thought about the process? Were they like, “Don’t do it!” And now they’re eating their words?
Nelson:  I definitely will say my family they were very cautious. They wanted to know everything about it and they were kind of like, “What are you doing?” But after you explain to them how much the experts work with you and all the tests that we went through and just the months of them gathering information on us they felt more comfortable so they know that you’re not just matched with some random person.  It’s really someone who’s selected for you.

FOX411: Right and you also have the idea of your bosses, your employers did you worry…did you have to get sign off from your employers on this and see if they were OK with you documenting your personal life?
Norton:  You know, it’s interesting, that’s a great question. Everyone goes out and dates and looks for love and tried to find it. We just have the difference that we have ours documented, and I’m an IT accounting executive. My boss was like, “Hey, if you’re willing to go this far for love imagine how far you’ll go for our business, and committed you’re going to go for that.”

FOX411: …Same thing for you [Vanessa]?
Nelson:  Yeah, definitely. Well, actually I was going through so many changes because I actually took a new job while I was doing all of this.

FOX411:  Oh my gosh! That’s a lot of stress.
Nelson:  Yeah, it is. It was very stressful but you know that’s the things that happen in real marriages in real life in real relationships. So it was an opportunity for me to see how these things work.

The third season of "Married at First Sight" premieres on FYI on Tuesday, Dec. 1.