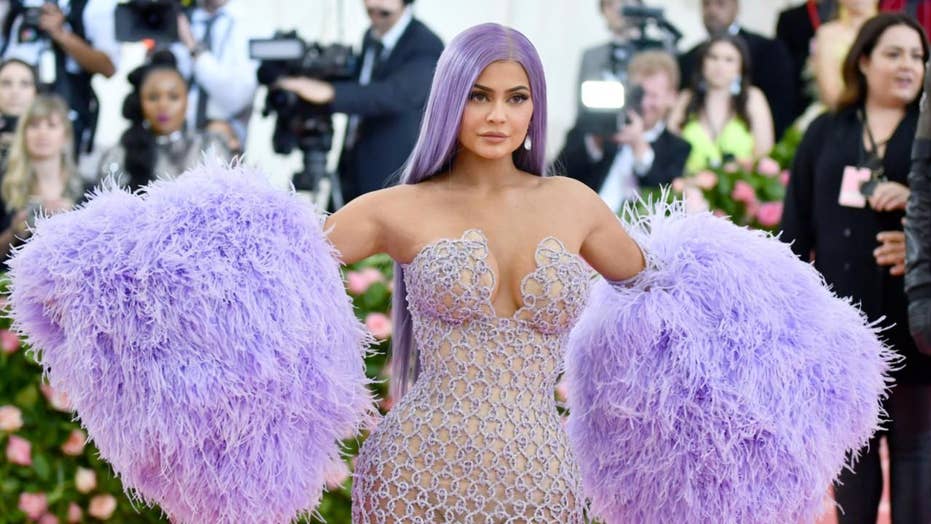 Kylie Jenner's daughter Stormi dresses up as mom for Halloween: 'I can't handle this'

Kylie Jenner's daughter Stormi dresses up as mom for Halloween.

“Keeping Up with the Kardashians” star Kylie Jenner showed off daughter Stormi’s  Halloween costume of her famous Met Gala look on Instagram.

Adorned in a purple beaded dress, a feather boa and a purple wig, Stormi took Instagram by storm in a post that has received over 9.7 million likes on the social media site.

Kylie Jenner attends The Metropolitan Museum of Art's Costume Institute benefit gala celebrating the opening of the "Camp: Notes on Fashion" exhibition on Monday, May 6, 2019, in New York. (Charles Sykes/Invision/AP)

Stormi’s newest Halloween photos were posted in the wake of Kylie and husband Travis Scott’s reported split earlier this month.

When asked about the status of their relationship, Jenner tweeted, “Travis and i are on great terms and our main focus right now is Stormi ‼️ our friendship and our daughter is priority.”

Rumors of infidelity began floating around after the split when Scott was accused of cheating on Kylie. Three days later, Scott took to Instagram to address the rumors.

"It’s really affecting when u see false things said about u once again these false stories about me cheating are just simply not true,” Scott wrote in an Instagram Story at the time.

“Focusing on life, music, and family at this moment is what’s real," Scott continued.