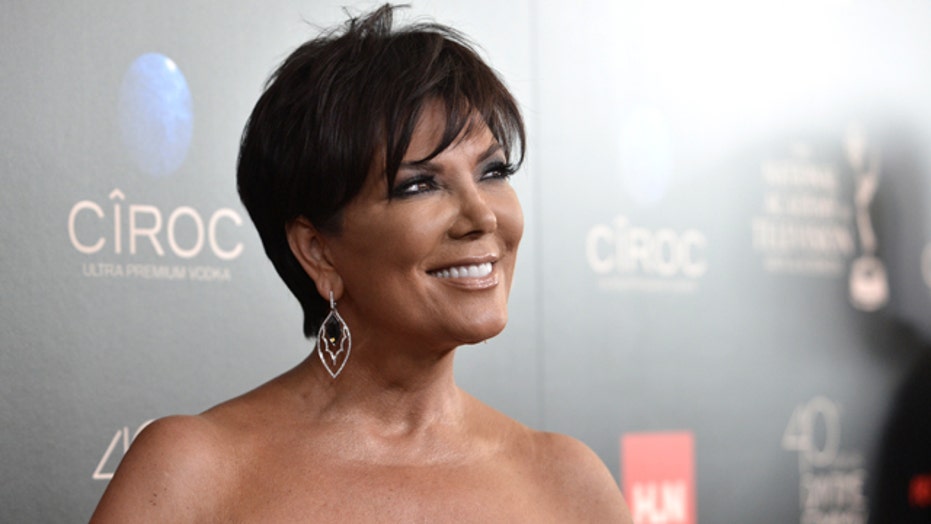 LOS ANGELES – Even if you were only vaguely surfing the Web last week, it would have been hard to miss the barrage of Kardashian family-related stories clogging entertainment pages and gossip sites.

While the reality TV family is no stranger to publicity, the last week has brought update a particularly strong stream of stories, including everything from Kim reportedly being sick of having to stay in post-baby hiding, to Kim and Kanye possibly getting married, to moving out of mom Kris Jenner’s home, to their ex-step mom speaking against the Kardashian kids, and even more notably, the ongoing allegations surrounding Khloe Kardashian’s husband Lamar Odom supposedly cheating.

But the extra onslaught of attention might not be that coincidental. After all, the family matriarch and manager of her young ones’ careers, Kris Jenner, takes the spotlight for herself on Monday with the highly-anticipated debut of her new “pop culture driven” daytime talk show.

“It all seems to be a ploy. On some websites, almost every article is about them. Scott Disick (Kourtney’s partner) is out partying and the stories all leaked the week before the show,” one industry insider told FOX411’s Pop Tarts column. “Khloe and Lamar have been fighting for months allegedly, but the same week it comes to a head?  It’s a carefully crafted attempt to make sure that all of these items are left unanswered (as well as photos of the new baby, etc), so that people tune in on Monday to see what’s going on.”

And of course, tidbits about new baby North West have been buzzing too – with Jenner hinting that her granddaughter spawn of Kim and rapper Kanye West might be exposed to the world for the first time on the talk show.

Simply titled “kris,” the reality star's one-hour program runs for six weeks on select FOX stations. If it attracts an audience, Jenner could launch in national syndication. Executive produced by Robert Lifton, known for his work on E!’s “Daily 10,” and Fox Sports' “Best Damn Sports Show Period,” the new “kris” is slated to include celebrity guests, and fashion and beauty trends in addition to other lifestyle topics.

However, the notion of leaking press stories to drum up attention, or in this case, PR for her new show, has long been associated with the famous mom, who has come under fire in the past with several outlets suggested she was “planting” stories to cast her most famous daughter of all, Kim, in a more positive light.

"There's a certain amount the Kardashian clan lets leak for the attention, like avoiding giving a straight answer to the question, 'Will or won't Kimye debut North on Kris's show?' I'm sure that answer has been decided whether it be yes or no, but by deflecting giving a clear answer, it builds the buzz and gives fans hope that they may see the big reveal on the show, when it may have never have been an option at all," explained entertainment expert Jen Birn. "But, each time the question is raised, that's more free publicity for Kris's show."

And while Jenner has certainly succeeded in making her family one of the most famous in the world with a long-running E! reality show, spin-offs, brand creations, magazine covers and pricey endorsement deals, does she have the chops to titillate the daytime talk show arena on her own?

“People watch the Kardashians because they are train wrecks, not because they care what they actually have to say,” another very well-placed source within the television industry scoffed.

“You look amazing, I can’t wait to watch,” one tweeted, as another weighed in: “can’t lie, pretty excited for the talk show that starts Monday.”

A rep for Jenner did not respond to a request for comment.