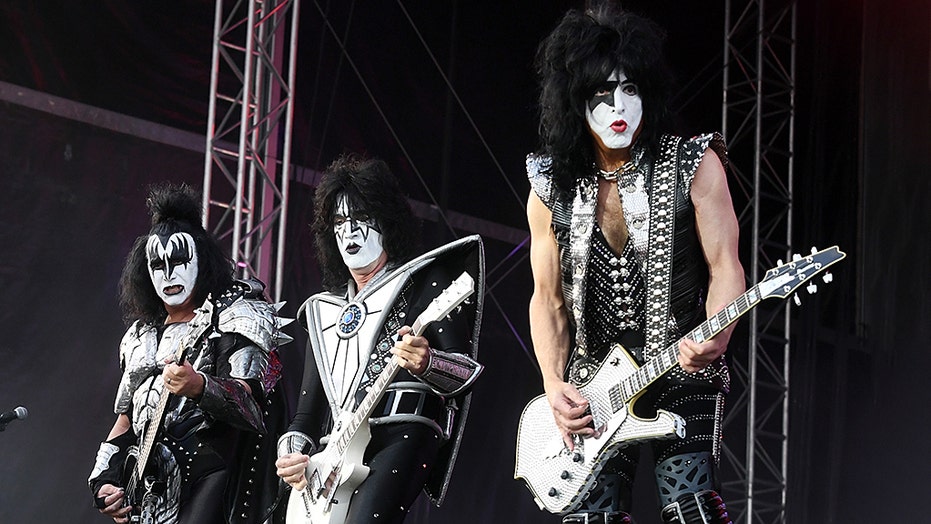 KISS singer Paul Stanley weighs in on Ace Frehley, Gene Simmons feud: ‘I wouldn’t lose any sleep over it’

KISS will perform for a new audience next month: great white sharks.

The rock band is scheduled to play literally "down under" to the sharks — and eight lucky fans —during a concert in Australia on Nov. 18.

KISS SINGER PAUL STANLEY WEIGHS IN ON ACE FREHLEY, GENE SIMMONS FEUD: 'I WOULDN'T LOSE ANY SLEEP OVER IT'

After KISS and their fans travel aboard separate boats off the coast of southern Australia, the band will stay above board on one vessel, and the fans will be lowered beneath the surface of the water from a second boat into the viewing sub in an area known for shark activity.

KISS, pictured here performing in Oslo, Norway, in June, is scheduled to perform underwater in Australia in November. (Getty Images)

The band, using underwater speakers, will begin to play, and the sound will be audible to the submerged fans and the sharks.

The performance is part of a promotion by Airbnb Animal Experience, designed to have people entertain animals instead of having animals entertain humans, the company said in a news release on Thursday.

Paul Stanley, singer and guitarist for the band, told The Associated Press he "was a little taken aback by it, but they explained that sharks are attracted to low frequencies and so they’re attracted to rock ‘n’ roll."

“Since we’re going to be in Australia, it gives a whole new meaning to doing a concert down under," Stanley said.

“Research has indicated that low-frequency and pulsed sounds can be attractive to some shark species. Interestingly, different animals (even within the same species) appear to respond to sounds differently,” Dr. Blake Chapman, of Australia Geographic, stated in the press release. “Sharks are among the world’s most misunderstood animals. It’s important for people to learn that sharks are worthy of respect and protection."

The event — to take place in the Indian Ocean off Port Lincoln, South Australia — costs $50 and proceeds will go to charity, the company said. Reservations can be made starting at 6 p.m. ET online on Oct. 14.

KISS will be in full makeup and costumes for the performance, which will be at least four songs.