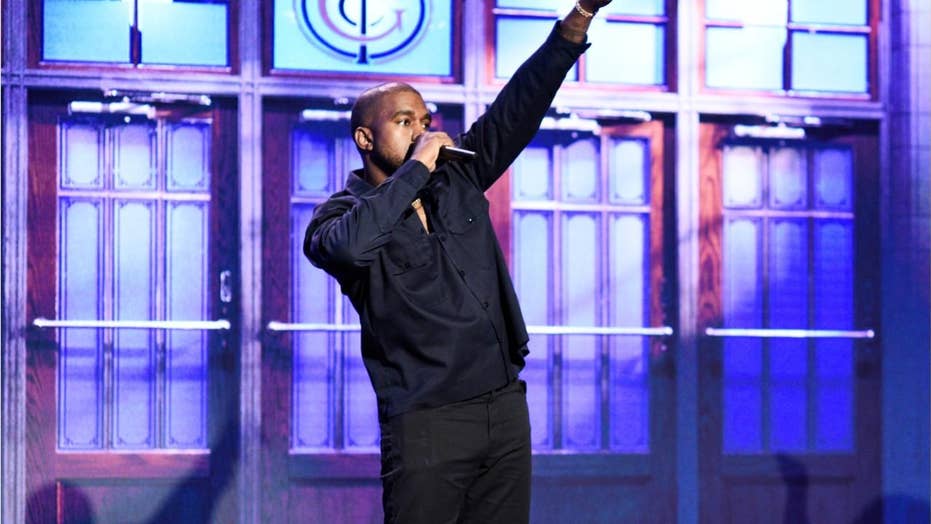 Kanye West gave a pro-Trump speech on ‘Saturday Night Live,’ which caused boos from the audience and awkward looks from the cast mates.

Kim Kardashian will always stand by husband Kanye West’s side.

During Sunday night’s episode of “Keeping up with the Kardashians,” the reality star addressed West’s spontaneous rant on “Saturday Night Live” when he appeared as the musical guest last September. Kardashian admitted she was “freaking out” about West’s performance because it was live television, People magazine reported.

“I have to be honest — inside I’m kind of freaking out a little bit because live TV, you never know what could happen,” Kardashian said about West’s appearance.

West ended the show in September with a performance of “Ghost Town,” but instead of just thanking the audience and walking off the stage after the song ended, the rapper went on a political rant while the credits were rolling. Clips posted by audience members, including comedian Chris Rock, captured the speech.

“There’s so many times I talk to a white person and [they] say, ‘How could you like Trump, he’s racist?’ Well, if I was concerned about racism I would’ve moved out of America a long time ago,” a clip showed West saying.

Kardashian said on Sunday night’s episode that she would support her husband through thick and thin.

Kardashian, however, wasn’t on board with uprooting the couple and their three children’s lives to move to Chicago. The rapper announced he, Kardashian and their children would be moving to Chicago — a move the reality star said she found out on social media.

KANYE WEST BRINGING HIS SUNDAY SERVICE TO COACHELLA ON EASTER

The 38-year-old said the potential move would most likely be her “breaking point,” especially since the couple would be welcoming their fourth child via surrogate in the next few months.

“I just think that it would be amazing to have a second place in Chicago and if you need to spend more time out there that’s totally fine, but I think it would be really hard just to take the kids and leave and permanently move to Chicago,” she explained to West.

The rapper said he missed his hometown, where he says he feels “connected” and “inspired.” The couple ultimately agreed they would not be moving to Chicago.

"We’re not going to move full-time," West said. “But we will spend time [there], because that’s my home, too.”