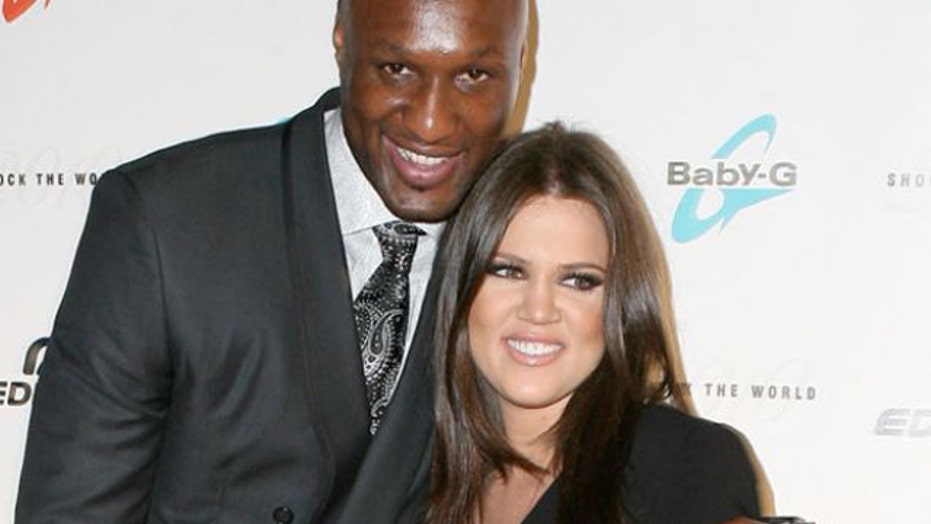 Khloe Kardashian has been a loyal wife to her husband Lamar Odom but lately rumors have been swirling that the NBA athlete likes to play both on and off the court.

Two women have come forward with claims was intimate with them Lamar this past year. So far, the most down-to-earth Kardashian sister has not spoken publicly about the cheating allegations. Is she choosing to ignore the nasty rumors or living in denial?

“She’s excited being a new aunt to Kim’s little baby, North, and that she is with her family all of the time and hangs out with Lamar as much as possible so when these two women came forward of course she read the stories. She knows what’s out there,” explained Hollywood Life senior reporter Chloe Melas, citing anonymous sources.  “She’s not stupid, but she knows that Lamar is not cheating on her.”

But David Caplan, of GossipDavid.com, said there could be some truth to the cheating rumors.

“[Odom is] an athlete. He’s out there. He has access to a lot of people and at the end of the day…one of the women, she claims she had an affair with him and took a polygraph test so you really can’t beat a polygraph test. So despite what [Kardashian] may say or anyone in her camp it’s really tough to beat modern science.”

Yet Melas pointed out that there is little proof that a polygraph test was actually completed correctly.

“There’s no proof that I’ve seen that these women have taken a polygraph test,” she said, adding “You know, just because they passed it doesn’t mean it’s necessarily mean that they’re telling the truth.”

The alleged mistresses have both sold their stories to Star Magazine which makes our In the Zone expert question their motives.

“I think these women’s motivation is to get fame because at the end of the day had they not come forward with these claims, no one would know who they were. There would be no drama in the relationship so you have to ask ‘what’s their motivation?’”  Caplan said. “I mean, in coming forward it’s not like they expect, for example, to have a relationship with Lamar going forward.  He’s not going to leave Khloe and go hang out with them and be their new boyfriend so you have to wonder why, and the only thing they’re gaining from this really is fame and obviously money by selling their stories to tabloids.”

And even if the cheating allegations are false, is it time for Kardashian to speak up?

“Khloe Kardashian is known to be very vocal on Twitter especially when it comes to protecting her family. She’s the first one to come to bat to defend Kim, to defend her mother Kris Jenner… but she does not need to come out and address these issues with Lamar Odom. Khloe is doing the right thing by rising above this and not speaking about the cheating allegations and just by continuing on her daily life,” advised Melas.

However Caplan said it may be time Kardashian stand up for herself—at least a little bit.

“I think at this point Khloe really should sort of address it on her Twitter feed, for example, maybe vaguely,” he suggested. “Maybe just say something general, let’s say the day the story came out saying something like, ‘haters ignore everything you read.’  But I think addressing it specifically is sort of giving the accusers a little too much power.”

Melas predicted that the reality stars would continue to ignore the allegations.

“They’re rising above it. They’re not addressing the rumors like they shouldn’t and they’re just waiting to see what Lamar’s next NBA career move is going to be.”