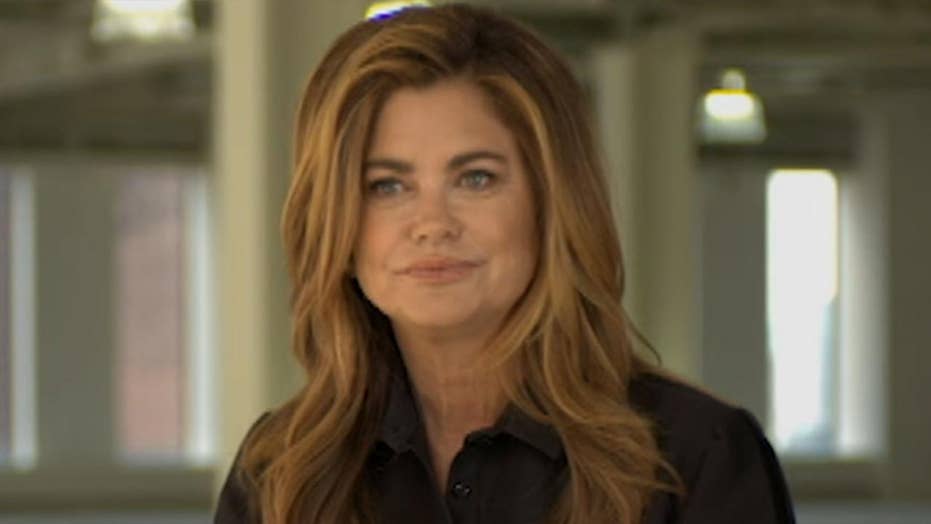 Kathy Ireland talks about sexual harassment, assault and trafficking in the modeling industry

NEW YORK – Kathy Ireland has been working since she was a teen.

The former model turned successful businesswoman, 56, spoke with Fox News about her transition from Sports Illustrated cover star to building a billion-dollar brand and how she's overcome challenges in both spaces.

"When I worked as a model, my job description was 'Shut up and pose' -- I was a hired model," she recalled. "I understood that but it's something I reject today. I think for all of us to find our voice, it's critical, and I think it's imperative that we really think well and think hard about what we want our lives and our careers to look like."

Ireland -- who's teamed up with Forbes' new streaming platform Forbes8 to help entrepreneurs build their businesses and connect -- frequently has mentored young businessmen and women. "I encourage young people to figure out what your values are and put boundaries in place to protect them because they will be challenged."

The "Fashion Jungle" author reflected on her own upwards journey and how she was criticized in the beginning for wanting to do more than pose and smile. Ireland said she realized her modeling career had a shelf life but struggled to be taken seriously in business meetings.

Ireland added, "I believe that my ideas as CEO were not taken seriously because of that prior career. What I share with entrepreneurs is that when you have the gift of anonymity you can build your brand from the ground up however you want."

Ireland revealed what kept her going through all the rejection was her faith -- "That relationship with the Lord gives me the strength to walk away from something when it isn't right. I don't live in fear and I don't make decisions based on fear and desperation."

And, she's turning her stories from the modeling world into her new book, "Fashion Jungle," which she called "fiction but based on reality." Ireland said she hoped to pull the curtain back on the industry where she got her big break.

"[In modeling] the finished product is very glamorous and there are some wonderful people in [modeling] and I had some great experiences for which I am forever grateful. There's also a lot of stuff that goes on behind the scenes and that needs to be brought to light," the mogul said.

Ireland's relationship with modeling was one of the bittersweet memories. She said it could provide wonderful opportunities for young men and women but it had dangers that needed to be brought to light.

One time in Ireland's career, she was in Milan for work and was approached by a much older man. "I would be in the lobby [of my hotel] checking in as a teenager and there'd be some guy there waiting for me, and he knew my name, he knew that I was going to be there. Like who are you?"

She continued, "He was trying to lure me to his villa and I said, 'No, I'm not going with you.' I mean, I had street smarts and that helped me as well, but I later learned from other models that's what these guys do. They called themselves playboys but they were actually predators. Many of them were working alongside the agency and many of the agencies were corrupt."

Ireland did note the positive changes she has observed since exiting that world to lead her company.

"When I began in the industry, one of the things that frustrated me was that everybody looked the same," she admitted. "It was a specific look and weight and age. Beautiful people come in every size, shape, color and age, and I love it. That is reflected more and more, and I'm grateful for that."