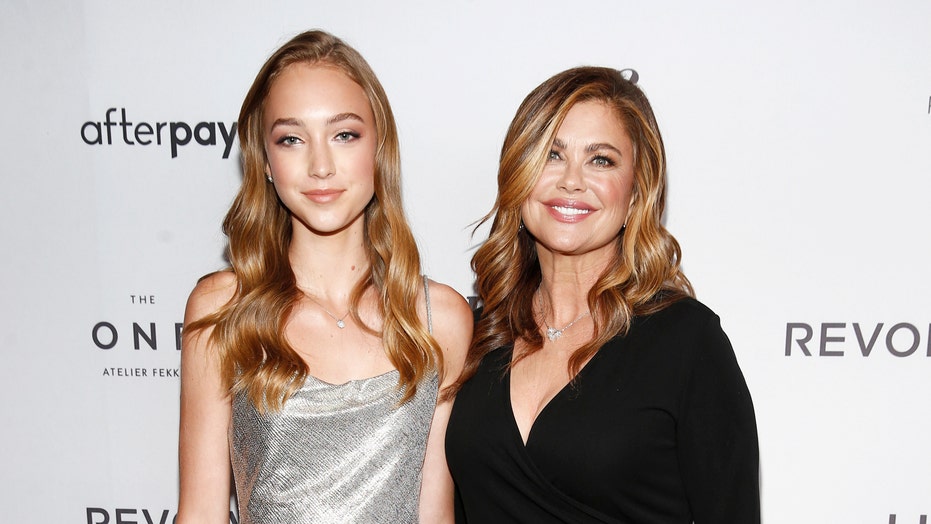 The former Sports Illustrated model donned a low-cut black dress with diamond jewelry and a silver clutch that matched her daughter's silver dress which featured a high leg slit.

Ireland has "200 + carats of diamonds, some from her own Kathleen Marie Paul Raps collection and some gifted to her by Elizabeth Taylor," her publicist told Fox News.

Ireland began her modeling career in the '80s modeling for 13 consecutive Sports Illustrated swimsuit issues and appeared on covers of such magazines like Vogue, Cosmopolitan, Forbes, and Mademoiselle.

She then transitioned into acting and booked roles on "Melrose Place" and "Boy Meets World."

And in 1993, Ireland founded Kathy Ireland Worldwide, a design and marketing company, which grew to have an estimated $2.5 billion in revenue from retail in 2015. She designs items for the home as well as clothes and jewelry.

Ireland married her husband Greg Olsen, a doctor, in 1988 and they also share daughter Lily, 20, and son Erik, 25.