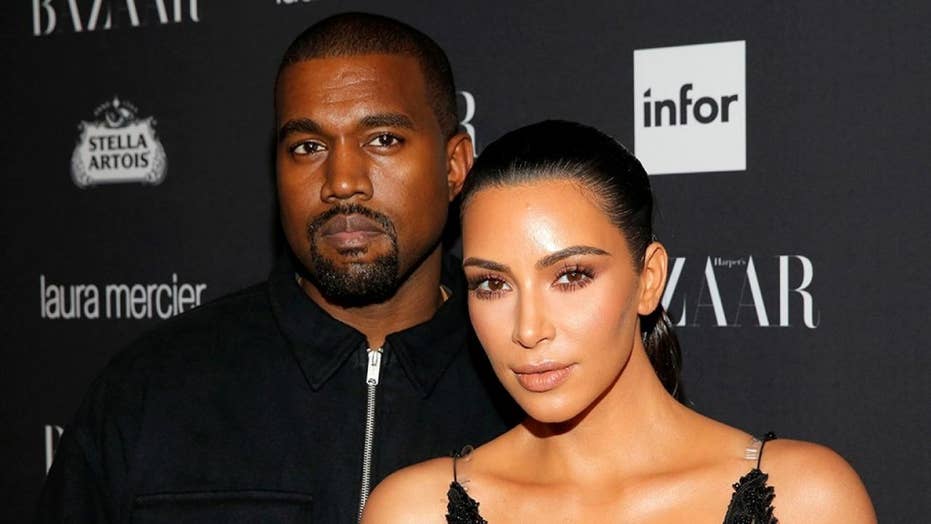 Kanye West has found a risque new way to incorporate his wife, Kim Kardashian, into his Yeezy fashion campaign.

On Tuesday, the rapper took to Twitter to reveal his racy campaign for the new Yeezy collection, Supermoon Desert Rat, which features several NSFW images of nude Kardashian lookalikes modeling the Yeezy clothing.

According to People, the select images of the Kardashian doppelgangers are meant to mimic his wife in her different stages of undressing. The photographer who shot the images for West, Eli Russell Linnetz, also shared the risque images on his Instagram with the caption "#SUPERMOON."

Apart from Kardashian lookalikes, the campaign also includes images of nude couples embracing each other while just wearing Yeezy socks and sneakers. Other images show families huddled together garbed in the over-sized sweatshirts, along with kids and teens posing in an array of crop tops, hoodies and biker shorts.

But the shocking campagin images aren't anything new for Kardashian and her husband. The A-list pair have a history of not being afraid to show some skin when it comes to promotion.

The mother of three recently bared all in a series of nude Instagram photos to promote the launch of her KKW perfume, which featured a bottle shaped exactly like her body. The KWW beauty founder may have gotten the idea to pose nude from her husband's 2016 music video for the song "Famous," which featured a line of famous celebrity lookalikes in one bed naked.

And while the Kardashian-inspired images for West's current Yeezy campaign may be another way for the reality star and her husband to break the internet, this is not the first time the rapper and has used his wife as a muse to promote his minimalist collection.

Back in January, Kardashian called upon her famous friends to dress as her in the Yeezy collection using the hashtag #KimClone for the Yeezy Season 6 campaign. Some of the celebrities who took part in the Kardashian clone campaign included Paris Hilton, Jordyn Woods and Kylie Jenner.

Before West shared the photos from the new collection on Twitter, the rapper thanked his wife for all being his inspiration and for his recent birthday celebration in tweet which read, "Thank you to my wife for throwing me the most beautiful fun and intimate birthday party."