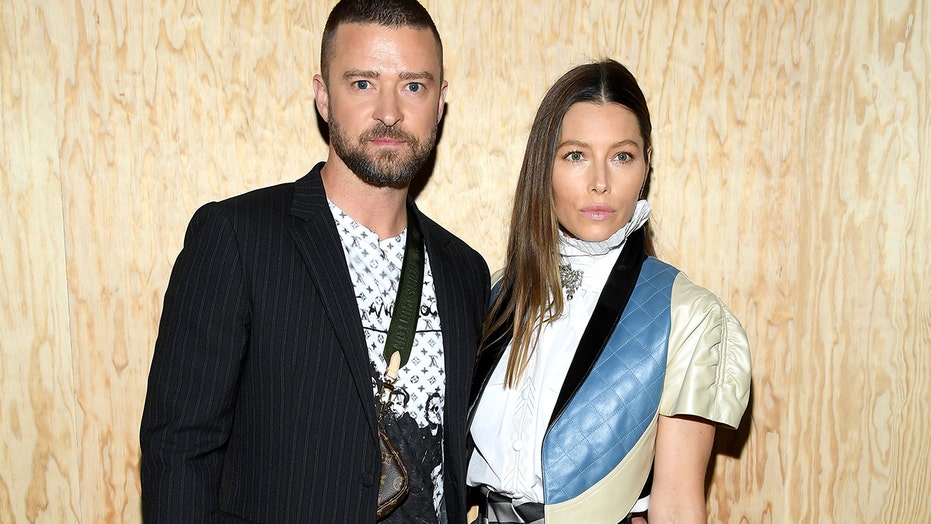 Justin Timberlake and Jessica Biel have been an A-list Hollywood uber power couple for over a decade.

From their first meeting in 2007 to Timberlake's recent scandal involving co-star Alisha Wainwright--for which the 38-year-old issued a public apology to his wife and family for his actions--the duo has stuck together through good times and bad.

Here's a look back at their up-and-down romantic history.

The two were first spotted together in January of 2007 while snowboarding with mutual friends in Utah.

They were seen getting flirty after Timberlake's split from Cameron Diaz.

Beil, now 37, had also just split from pro baseball player Derek Jeter. At the time, sources told People magazine that they were just "trying to have a good time," and that Timberlake wasn't looking for a relationship.

The two were spotted at a Green Bay Packers game in October 2007. (Photo by Matthew Stockman/Getty Images)

By May of 2007, however, Timberlake was "in love" with Biel, according to People's sources and ready to get serious.

In late 2008, Biel told British GQ that she considered her relationship to Timberlake her "one sparkly present" for the holiday season.

“It’s the one part of my life that is my own and not for anyone else,” she said.

Jessica Biel and Justin Timberlake at a 2008 charity auction. (Photo by Chris Polk/FilmMagic)

Trouble visited paradise when rumors of the couple splitting came about in 2009.

A source confirmed to People magazine that they were still together, but that they were "reevaluating" the relationship while spending more time with friends.

In March of 2011, Timberlake and Biel announced their split.

A rep for the couple confirmed the separation, saying, "We are confirming that they mutually have decided to part ways. The two remain friends and continue to hold the highest level of love and respect for each other.”

The rumor mill indicated that Timberlake's "Friends with Benefits" co-star Mila Kunis may have come between the couple, but sources told People otherwise, saying that "their relationship had run its course."

The two celebrate film at a 2011 Oscar party. (Photo by Kevin Mazur/VF11/WireImage)

However, in a June interview with Vanity Fair, Timberlake called Biel "the most significant person in his life." Shortly after, the two were spotted together in August, and in a November interview with Elle magazine, when Biel was asked whether they had reunited, she said: “A girl doesn’t kiss and tell.”

Turns out the rumors were true, as Timberlake proposed to Biel in December during a trip to Montana.

Nearly a year later, in October 2012, the two wed quietly in South Italy.

Jessica Biel and Justin Timberlake at the Met Ball in 2012. (Photo by Lars Niki/Corbis via Getty Images)

In April of 2015, the duo welcomed a baby boy, Silas Randall, to the world.

Silas was apparently the middle name of Timberlake's grandfather, while Randall is the singer's own middle name.

Justin Timberlake and Jessica Biel arrive at the 2017 Oscars, where Timberlake's "Can't Stop the Feeling" was nominated for Best Original Song. (VALERIE MACON/AFP via Getty Images)

The two attend the 2018 Emmys together. (Getty Images)

"Just be able to communicate really honestly with your partner. That’s worked for us so far,” explained Biel. “I would never want to speak on anyone else’s relationship, but that’s what we do.”

Timberlake drew controversy in late November when he was seen holding hands with Alisha Wainwright, his co-star in the upcoming film "Palmer."

Reports stated that the incident was "harmless" and Biel trusted and would "stand by" Timberlake.

“A few weeks ago I displayed a strong lapse in judgment — but let me be clear — nothing happened between me and my costar," Timberlake said after noting that he tries to stay away from public gossip. "I drank way too much that night and I regret my behavior. I should have known better."

“This is not the example I want to set for my son,” Timberlake said. “I apologize to my amazing wife and family for putting them through such an embarrassing situation, and I am focused on being the best husband and father I can be.”

Timberlake finished the message by saying that he's proud of "Palmer" and looks forward to continuing his work on the film.