Chicago police released hundreds of files and nearly 70 hours of video footage on Monday from the investigation into Jussie Smollett's claim back in January that he was attacked by two men -- a claim that police later characterized as a hoax.

In one of the videos, police body-cam footage showed Smollett -- with his face blurred -- wearing a white rope that he told detectives his attackers looped around his neck. When one of the officers asked Smollett if he wanted to take the rope off of his neck, the 37-year-old actor did while stating: "Yeah. I do. I just wanted you all to see it."

Investigators went on to tell him that they were recording the visit, to which he said: “I don’t want to be filmed." The officers then turned off their body cams.

Many files contained surveillance-camera footage that police collected as they launched what they initially called a hate-crime investigation. They also included footage from what appeared to be the route police said the two brothers who participated in the alleged staged January attack took to and from the scene. 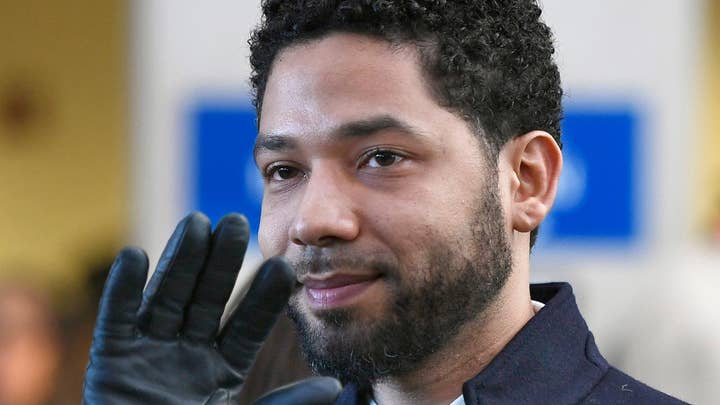 The release marked the latest chapter in a story that began with Smollett's allegations that he was the victim of a racist and homophobic attack. He eventually was arrested on charges that he lied to police, but prosecutors later dismissed the charges.

Last Friday, a judge decided to appoint a special prosecutor to investigate the decision by Cook County prosecutors to dismiss all charges against Smollett, in a ruling that left open the possibility that the actor could be charged again. Cook County Judge Michael Toomin suggested that the county's state's attorney, Kim Foxx, mishandled the Smollett case by appointing a top aide to oversee it after she recused herself.

Foxx took issue with the ruling and explained that she "followed the advice of counsel and my then Chief Ethics Officer" to recuse herself.