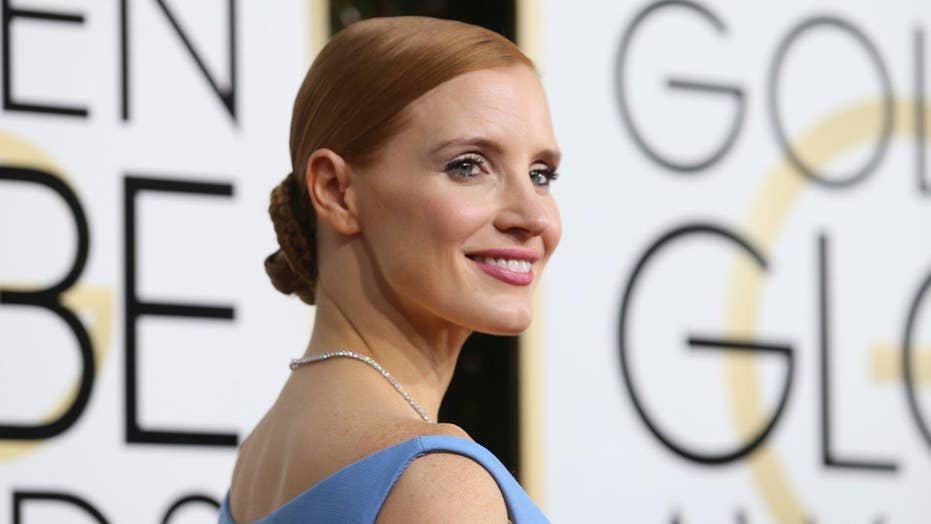 Four4Four: Actress Jessica Chastain says she will never pipe down about equality for women in the workplace

Jessica Chastain is on a mission to tackle Hollywood’s gender inequality.

“I just don’t know why it’s not changing,” said the 39-year-old actress to American Way Magazine where she’s featured as the cover girl for their March 2017 issue. “I’m doing my part to make the change, so why isn’t everyone else?”

Chastain recalled one incident that truly shocked her.

“I had one male director say to me that I talk too much about all of this ‘women stuff,’” she explained. “This is a person I love, and maybe he was concerned I would hurt my career. I’m not attacking anyone. I’m trying to create more inclusiveness, compassion and empathy — which in turn makes better movies, better art.”

JESSICA CHASTAIN HAS NEAR 'BREAKDOWN' OVER HER SHYNESS

The magazine revealed that last year, Chastain founded her own production company, Freckle Films, to help address gender inequality within films. And despite a thriving career as an actress she’s also eager to teach, produce and even direct.

It was also noted that Chastain has even avoided dating other actors to prevent attracting the wrong kind of attention as a female star. Chastain is currently in a long-term relationship with fashion executive Gian Luca Passi de Preposulo and they spend much of their time in New York, where she tries to lead “a simple life” in her apartment across from prestigious Carnegie Hall.

When asked if she plans to start a family of her own, she wasn’t afraid to dismiss the question.

“I haven’t made any kind of decision about my life in terms of that,” she said. “I would never prioritize my career over any of my loved ones. And, yes, I talk about my family, but also I keep a lot private, so I’m not going to answer your question the way you want.”