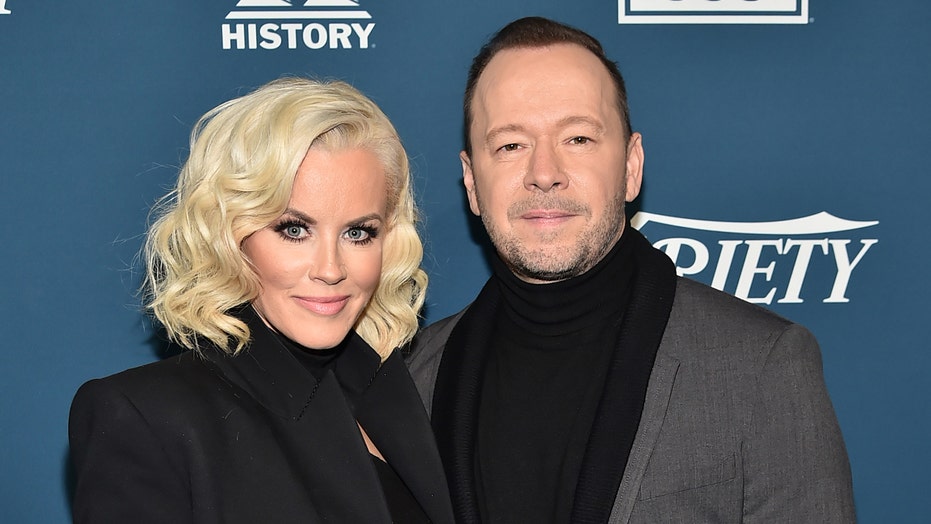 This year, the couple is expecting to welcome a few relatives into their Chicago home for the holiday.

"We've got about 12 coming (to dinner) right now, but that always seems to go up," McCarthy, 47, told Fox News. "We take in friends and family that might not have anywhere else to go for the day."

Feeding 12 (or more) is no simple feat, but it's a labor of love for everyone involved, including McCarthy and Wahlberg, 50, along with 18-year-old Elijah -- Wahlberg's son from a past relationship -- and 17-year-old, Evan, whom McCarthy shares with ex John Asher.

"I'll spend the day in the kitchen," McCarthy admitted. "But Donnie will be playing games with the kids in the living room."

It's not uncommon for Wahlberg to lead attendees in a game of charades or a number of other classics while dinner is being prepared.

The couple has one tradition, however, that has existed since the beginning of their relationship: French's green bean casserole.

"Our first Thanksgiving together, I wanted to show Donnie that I could cook and he asked if I knew how to make French's green bean casserole," recounted McCarthy. "I was like 'Do I know how to make the casserole? Of course, I know!' It's been a tradition ever since."

McCarthy attributes the pair's affinity and recent partnership with French's casserole to "growing up poor," a condition she and her husband both experienced. However, they were both always able to enjoy the affordable dish when the time came each year.

"Jenny and I like it a little bit different," explained Wahlberg. "I like mine with hot sauce, but what we both like is the crunch so we always have to have those fried onions."

"I'll spend the day in the kitchen, but Donnie will be playing games with the kids in the living room."

Wahlberg is a self-described "fanatic" for onions and green beans, an adoration that has subtly worked its way into his career. "If you look closely, in every dinner scene in 'Blue Bloods,' I'm eating green beans," said Wahlberg. "People come up to me and tell me that they love those scenes with the green beans."

"It's so cool because the Millennials and the Gen-X-ers are so into the family time," McCarthy said of the dinner scenes. "I think that really bringing people together and having these traditions is a great way to connect with family and friends."

"Blue Bloods," however, isn't Wahlberg's only claim to fame -- he's also a member of New Kids on the Block, a boy band that found success in the late 1980s and early '90s.

The band recently wrapped up their Mixtape Tour, which Wahlberg noted is its "highest-grossing tour ever." Despite the success of the tour, there wasn't much time for the actor to rest.

"It used to be so much harder to turn down opportunities for both of us. But now we can just say 'no' if it takes us away from the family too much."

"I came back [from touring] and I got right back to work on 'Blue Bloods,'" Wahlberg said.

"And when he says 'right back to work,' he means the next day," McCarthy elaborated. "He got home Sunday night and was on set on Monday morning at 5 a.m."

While he continues to work hard on his television show, Wahlberg did admit that there will be a brief pause in his work with New Kids, despite some "top secret stuff" coming from the band in 2020.

"I think before I try to fight off bad guys with dance moves I need to get New Kids out of my system," Wahlberg explained. "But then I can get it back into my system."

Wahlberg isn't the only busy member of the family, however, as McCarthy goes between her show on SiriusXM, activism and hosting television events like "New Year's Rockin' Eve."

Her resume also includes a stint as a co-host on "The View," which revolves around the co-hosts' discussions of pop culture and current events. McCarthy, however, feels the show was "more about arguments."

"They brought me on to have someone talk about pop culture and to bring something lighter, but within a week, they were uncomfortable with who I was. Barbara [Walters] was uncomfortable with what I was saying," she said, claiming that they wanted her to be more aggressive and dramatic on air. "I stuck it out for the year, but then I was offered the show with SiriusXM and I love it."

DWAYNE WADE SAYS GABRIELLE UNIONS WAS FIRED FROM 'AGT,' PRAISES WIFE FOR 'STANDING UP FOR WHAT SHE STANDS FOR'

McCarthy's latest endeavor includes being a judge on Fox's "The Masked Singer," which features masked celebrities singing and offering clues about their identity before one is unmasked and sent packing each week. The show has seen Patti LaBelle, Rumer Willis, Tommy Chong and McCarthy's friend Sherri Shepherd among those taking the stage.

As for her dream "Masked Singer" contestant?

"People laugh, but I have to say Beyoncé," McCarthy confessed.

"There's talent on the show that hasn't been unmasked yet that's huge," dished Wahlberg of season 2. "So it's not that crazy to think [Beyoncé] could do it."

Another possible contestant? Wahlberg himself.

"I don't know if I'd ever do it, I might be better suited to be a judge," he said of possibly joining the show. "Maybe I'd do it to spoof Jenny or something like that."

Between music, movies, television, radio, marriage, and parenting, McCarthy and Wahlberg have a lot more on their plate than just green beans. However, they have a few simple rules to help them balance family life with the spotlight.

First, they enforce a strict five-day rule, promising to go no more than one week without spending time at home with the family. The couple said they even travel multiple times a week to meet the rule.

Next, they've learned to say "no."

"People laugh, but I have to say Beyoncé."

"It used to be so much harder to turn down opportunities for both of us," McCarthy said. "But now we can just say 'no' if it takes us away from the family too much. Like this year, I'm not hosting ['New Year's Rockin' Eve'] because my son asked me to stay home this year and be with him."

McCarthy is looking forward to changing up her Dec. 31 plans this year and spending time with her son Evan, who was diagnosed with autism at age three.

"All working moms have guilt about leaving their child, but to add [special needs] on top of that is heartbreaking, honestly," said the former Playboy model. "Leaving my son is honestly one of the hardest things I've ever had to do."

While saying bye to go to work is difficult for McCarthy, she admits that she can now find comfort in how much her son enjoys "The Masked Singer."

"The kids love the show. It's the first time my son really thinks I'm cool!"