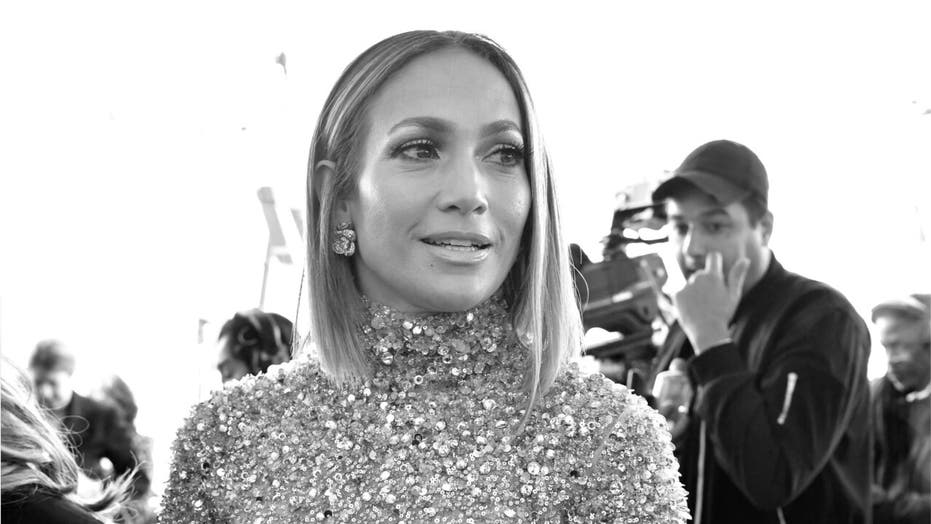 Jennifer Lopez's most stunning red carpet outfits over the years

Aside from her well known music and movies, Jennifer Lopez is also a style queen. Check out her top 10 red carpet moments.

Jennifer Lopez may be known for her music, her movies and her dance moves, but she's also a fashion icon.

Fans have watched like hawks to see what jaw-dropping outfit Lopez, now 50, would wear since she burst onto the scene in the 1990s.

Featuring clothes with deep necklines, sheer paneling and so much more, here's a look back at some of JLo's most stunning red carpet outfits:

JENNIFER LOPEZ HAD ONE CRAVING AFTER SUPER BOWL HALFTIME SHOW

Jennifer Lopez at the Golden Globes in 1998. (Photo by Jeffrey Mayer/WireImage via Getty)

To celebrate her nomination for best actress in "Selena," Lopez arrived at the Golden Globes in a stunning multi-colored dress.

The one-shoulder asymmetrical gown featured a cut out just above her waist.

For part of the evening, she also wore a sheer white shawl over her shoulders.

No list about Lopez's fashion would be complete without mention of the iconic green Versace gown she wore to the Grammys in 2000.

The dress boasted a blue-and-green leaf pattern and a plunging neckline that stretched to her belly button, as well as sheer material that exposed her arms and legs.

The dress has experienced a renaissance in recent months, with Lopez donning an updated version for a Versace fashion show in September 2019 and again on "Saturday Night Live" in December. Lopez also recently modeled for the designer's newest campaign, which includes a pantsuit derivative of the dress.

Jennifer Lopez at the MTV Music Video Awards in 2000 (Photo by Ke.Mazur/WireImage via Getty)

The outfit consisted of a white crop-top with silver lettering (reading "Sean John"), white pants with a large, silver belt and a white bandana with silver adornments.

Lopez completed the ensemble with silver hoop earrings, a necklace and silver studs around her exposed belly button.

Jennifer Lopez at the 2003 Oscars. (Photo by J. Vespa/WireImage via Getty)

Lopez arrived in style at the 2003 Oscars.

The actress turned heads in a light green, one-shoulder Valentino dress with material draped over her left side, which featured lace on the trim.

JENNIFER LOPEZ ON HER ONE CAREER REGRET, WHAT'S LEFT ON HER BUCKET LIST

JLo went for classic Hollywood glamour at the 2007 Oscars.

Marchesa designed a light-colored, flowing gown with silver bands around her torso and over her shoulders.

JENNIFER LOPEZ STUNS IN NEW VERSACE CAMPAIGN: 'I AM SO EXCITED'

Jennifer Lopez at the Golden Globe Awards in 2009. (Photo by Steve Granitz/WireImage via Getty)

In 2009, the "Maid in Manhattan" star chose another deep neckline for the Golden Globe Awards, but this time in gold.

The floor-length Marchesa dress was backless, and though the deep-V didn't stretch quite to her belly button, her look still turned heads.

Jennifer Lopez at the 2015 Met Gala, themed 'China: Through The Looking Glass.' (Photo by Axelle/Bauer-Griffin/FilmMagic via Getty)

The Met Gala is known for attracting off-the-wall outfits, and in 2015 when the theme was China: Through the Looking Glass, JLo took it to a whole new level with a Versace dress that was more sheer paneling than not.

The gown exposed nearly all of Lopez's side, including her waist and upper leg. While the dress was revealing, it was also adorned with intricately placed red and silver flourishes that formed a dragon.

Jennifer Lopez at the 2015 Billboard Music Awards. (Photo by Jon Kopaloff/FilmMagic via Getty)

2015 was the year of sheer dresses for the "Jenny From the Block" singer, as she also donned a revealing Charbel Zoe Couture gown for the Billboard Music Awards.

This one included a swirling silver pattern that left less exposed than the Met Gala dress but still showcased her abs.

JENNIFER LOPEZ ADMITS SHE CONSIDERED STRIPPING BEFORE CAREER TOOK OFF

Lopez was serving as a judge on "American Idol" when the show originally came to a close, so she really had to bring it to the premiere of the finale.

In 2016, Lopez paired a studded champagne-colored Elie Madie gown with a long train with matching Christian Louboutin heels. The dress covered her arms but showed off her toned legs.

Jennifer Lopez at the "Hustlers" premiere during the 2019 Toronto International Film Festival. (Photo by George Pimentel/Getty Images for TIFF)

Ever the fan of a deep-V, Lopez stunned fans at the premiere of her film "Hustlers" in 2019 at the Toronto International Film Festival in a yellow Maison Yeya gown, silver heels and plenty of bling.

The most interesting part of the ensemble, however, was her Judith Leiber clutch, which was shaped like a stack of $100 bills, an apt accessory considering she played a stripper in the film.