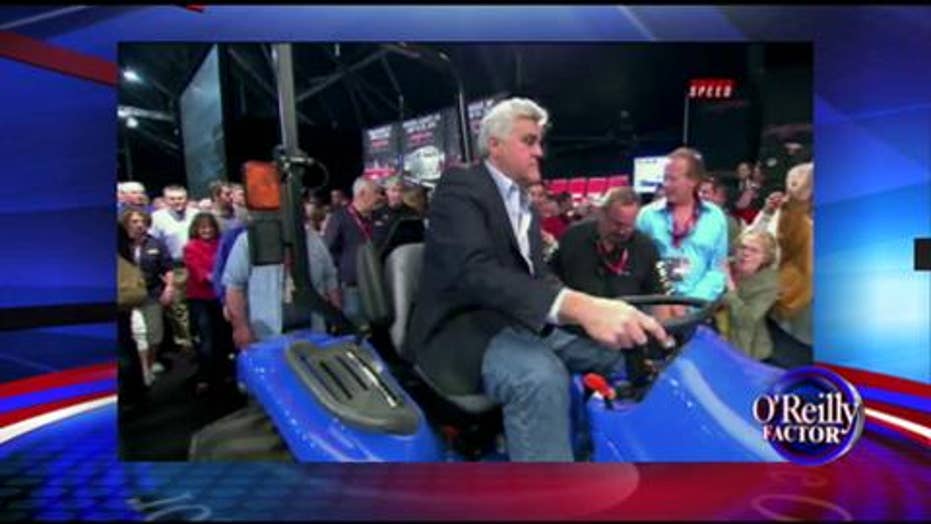 Jay Leno donated a tractor signed by George W. Bush to benefit the Fisher House Foundation. The tractor was sold for 535,000 at auction in Arizona.

Jay Leno will make his first appearance as a full-fledged guest on NBC’s venerable “Tonight Show,” marking his return to the late night talker after he left his host duties behind in February of last year.

Leno is slated to appear on “Tonight,” now hosted by Jimmy Fallon, this Friday, along with actress Lucy Liu of CBS’ “Elementary” and Kevin Delaney, director of visitor experience at the Museum of Discovery in Little Rock, AK. A spokeswoman for “Tonight” confirmed Leno’s appearance, which was reported previously by the Associated Press.

This will not, however, mark Leno’s first time on the program since Fallon took the reins and moved the TV institution to New York. Leno was spotted on the show previously making a contribution to a skit.

The “Tonight” appearance suggests Leno is feeling more comfortable appearing in the public eye since his retirement as host of the program, which he led between 1992 and 2009 and 2010 to 2014. The interruption came when Leno stepped aside to let Conan O’Brien take over the program, but then returned after NBC botched the process by retaining Leno’s services for an ill-fated primetime program that raised hackles among affiliates and saw NBC’s primetime and late night ratings swoon.

These days, life is calmer for the veteran comedian, who is also set to launch a series about his love of cars on CNBC.