Through a lawyer, the 21-year-old model recently filed to register "Hailey Bieber" for the purposes of a clothing line, ET confirms. She also registered her maiden name, "Hailey Baldwin," as well as "HRB3," under her company, Rhodedeodato Corp. The Blast was first to report the news.

A source confirmed to ET earlier this month that Baldwin and Bieber, who got engaged in July, did, in fact, marry in September during a visit to a New York City courthouse. "The couple kept their marriage a secret from a lot of people. Justin and Hailey wanted to be married and didn’t want to wait. They still plan to have a more formal wedding, but for them, this intimate ceremony was exactly what they wanted," the source said.

“Justin and Hailey were telling people they weren’t married when they were,” the source continued, adding there are still plans for a wedding ceremony outside of the courthouse.

For now, however, the model appears to be focused on her career, as she recently posed for Harper's Bazaar's November issue -- where she gushed about her man.

“He is incredible," Baldwin said of Bieber "He crushes everything."

"Every song, every feature. It’s crazy to see what he does," she added. "I'm always blown away." 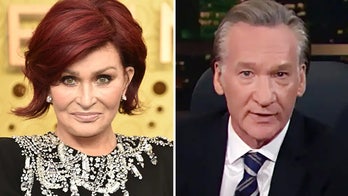