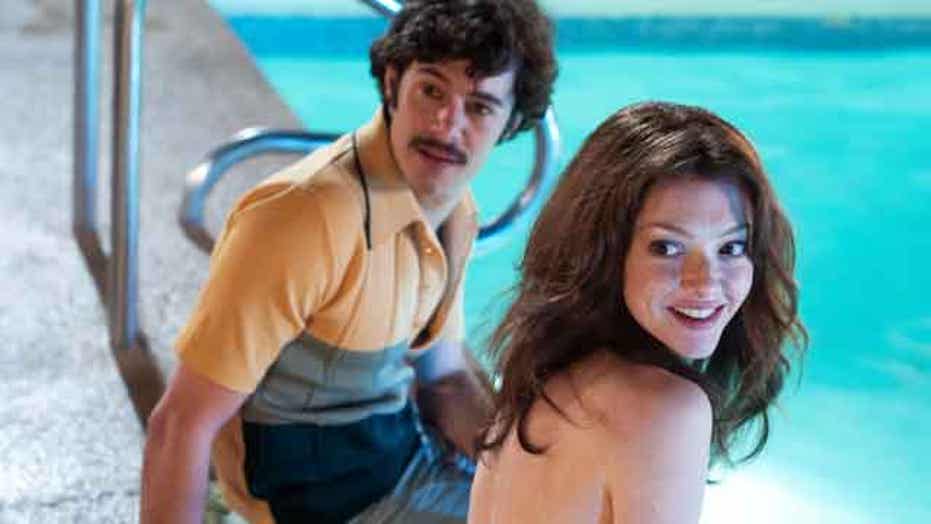 Ashley Dvorkin and Justin Craig on the latest indie movie releases in theaters and on-demand: 'Lovelace,' 'I Give It a Year,' 'Prince Avalanche' and 'Europa Report'

Back in 1972, “Deep Throat” delivered a sexually liberating message in a comedic way. The Linda Lovelace film opened adult entertainment to a much wider audience.

But as the new “Lovelace” biopic points out, the star’s life was ruined by abuse, rape, drugs, and exploitation. And while the “Deep Throat” makers and managers made a fortune off Lovelace’s fame, she barely saw a penny.

“Sadly, it still attracts women who were victims of abuse,” one adult actress told FOX411’s Pop Tarts column. “Not the case for everyone, but for many.”

An array of former actresses have also spoken out against the business in recent times, including ex-adult actress Shelley “Roxy” Lubben who called it a “destructive, drug infested, abusive and sexually diseased industry that causes severe negative secondary effects.”

But according to adult industry leader and co-founder of Vivid Entertainment, Steven Hirsch, the industry has improved over time and now it’s accepted by the general population.

“People are comfortable with the adult industry now,” he said. “It’s no longer as taboo.”

Professionalism, contracts and lawyers, many industry executives claim, is the norm.

“You have to get tested at a certain place, you have to have several forms of identification, and you have to sign many pages of paperwork before you even step on-camera,” she said.

But just last year a report surfaced on XBIZ that a male performer was diagnosed with syphilis, doctored his results to show it as negative, and then continued to spread the disease for several weeks. The L.A County’s Public Health Department also launched an investigation following an outbreak after five performers were diagnosed with the venereal disease in just one week.

So, what is inarguably different about the industry now than in the Lovelace era? Size.

“The size of the industry now is [much] larger than [in] the early 70’s… It is also a lot more of a global enterprise than it used to be,” Rowntree observed.

Experts estimate that revenue for the adult entertainment industry has declined over the last decade amid the piracy war, from a peak of roughly $13 to $14 billion in 2005 to just about $5 billion now. In 1972, industry revenue stood at around $7 million.

Allison Vivas, president of adult company Pink Visual, noted that women are the ones largely driving the industry behind the lens.

“Linda could not have been a CEO of a global adult entertainment firm in 1972. So the role of women in the industry has changed drastically,” she said.

And practices for men in the industry have modernized too – kind of. Braun said that back in the 70’s, when his father was making movies, he systematically kept guys and girls separate on location.

“It was one of the tricks of the trade to prevent them from foolin' around before their scenes and preserve the heat of passion that might otherwise get lost…that's before arousal got replaced by Viagra,” he said. “Nowadays the top male performers in the world are very few, and they're the ones who still avoid chemical help, and they're all treated like rock stars in their own countries.”

And Angel says the key ingredient to what made Lovelace a household name still rings true today.

“Linda Lovelace had a very special talent,” he said. “And after Johnny Carson started talking about it, people just couldn’t get to the theater fast enough.”

“Lovelace” is now playing in theaters and is available on Video on Demand and iTunes.