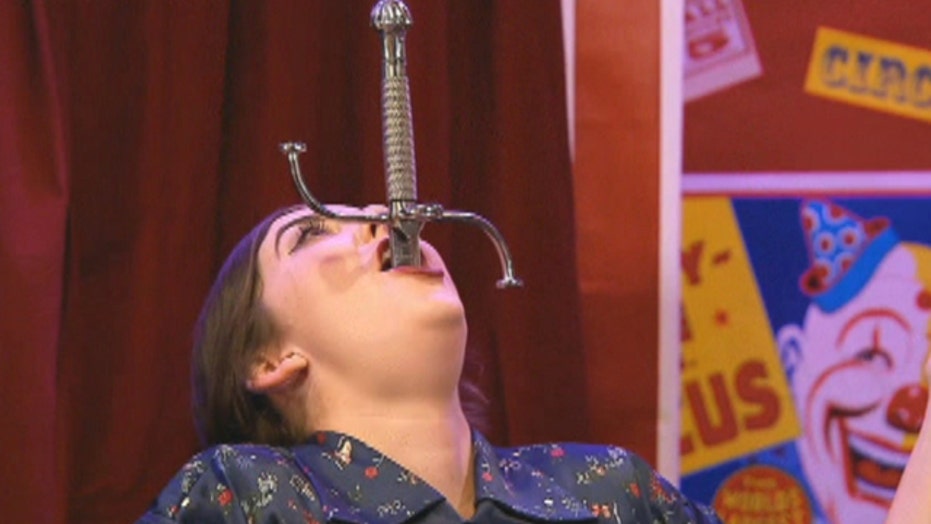 Thursdays on AMC viewers get a front row seat to “Freakshow,” a series about Todd Ray, his family, and the usual business they run: The Venice Beach freak show.

Ray, a Grammy-winning music producer, said his life changed when he spontaneously made the decision to explore a different kind of career path.

“I came home one day and I told my wife, Danielle, we're going to leave this cushy job-- this lifestyle you’ve grown accustomed to might go away-- and we’re going to open a freak show, darling,” he told FOX 411.

She wasn’t too thrilled with the idea at first, she said. But now, she feels it was the best decision for their family.

Their freak show brings their whole family together, they explained. The couple’s 19-year-old daughter, Asia, shows off her many talents while working in the family business. She said she is known as “the rubber girl, female fire-eater, and youngest sword-swallower".

Meanwhile, their son Phoenix, 17, is a co-owner of the business.

Ray boasts their freak show has the largest collection of living two-headed animals in history with 29 and counting --and he’s always traveling looking for new additions to their show.

“[It’s] a place where you can see the strangest creatures on earth, the living wonders of the world and the most amazing people on our planet,” he explained.

The AMC series about the family showcases the performers and their various talents and gives viewers an inside look at the family running the show.