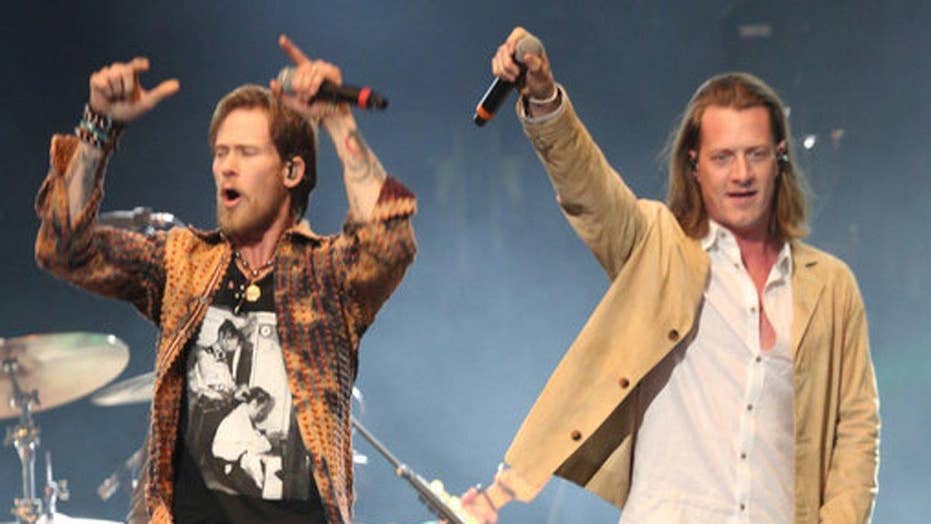 Country duo Florida Georgia Line came under fire this weekend when rumors started that the band had requested no police presence at their Wisconsin show this weekend. However, FOX411 Country has learned police were present for the entirety of the Country Thunder Musical Festival in Kenosha, Wis.

"We were on the grounds the entire event covering the camp sites, festival grounds and also [backstage]," Kenosha County Sheriff David Beth told FOX411 Country. "I was informed the [Florida Georgia Line] spokesperson had made the request prior to the concert that no law enforcement be backstage while they were on the grounds."

Beth added that Country Thunder management told the duo that their request would not be honored in order to keep everyone at the festival safe.

He said he "never found out why the band['s] agent made this request" and he "was a little taken back by the request."

A sheriff in Jones County, Iowa said his experience with the band echoed that of Sheriff Beth's.

"When I got back[stage], I was told Florida Georgia Line didn't want any law enforcement behind before, during or after the show," Sheriff Greg Graver of Jones County told FOX411 Country. "I'm not going to say [the request] was normal."

Graver said he has overseen police presence at more than 22 Great Jones County Fairs, most recently including Carrie Underwood who he said asked for a deputy to be placed backstage and for several police in uniforms to be present at her meet-and-greet.

So when Florida Georgia Line asked for a police escort for after their Saturday night show, Graver denied their request.

"They asked for a police escort and I denied it," he said. "Part of it was because we're busy, and part of it was I didn't talk to them directly and I wished they would have reached out to me. They didn't want us backstage so we just opted out of the escort. It's not something that we're mandated to do."

The country duo who are set to play at the Rimrock Auto Arena at MetraPark in Billings, MT this Thursday night did not make any request of law enforcement ahead of their show, Yellowstone County Sheriff Mike Linder told FOX411 Country.

Word of Florida Georgia Line’s back-and-forth with police became public due to a Facebook post from someone who claimed to have worked at the Country Thunder festival.

"Feeling very disappointed. I'm working at country thunder and one of the bands that I enjoy listening to, Florida Georgia Line, has requested zero police presence during their concert tonight," Kenneth Lee wrote. "Apparently, they don't trust the police and have taken the anti-police stance in line with the scum that has been killing police officers all over the country. Well, they can all rot in hell as far as I'm concerned. I hope a bunch of unruly drunken idiots rush the stage, because the boys that would have protected them won't be there."

Contrary to Lee's post, which sparked a lot of angry comments on both Country Thunder and Florida Georgia Line's Facebook pages, the country duo did not request "zero police presence."

The band was prompted to respond, stating on Twitter, "we want you to know that we have nothing but love and respect for the police. We are bummed anyone ever got a different impression."

A rep for Florida Georgia Line had no further comment outside of the Twitter statement. A Country Thunder representative did not return FOX411 Country's request for comment.