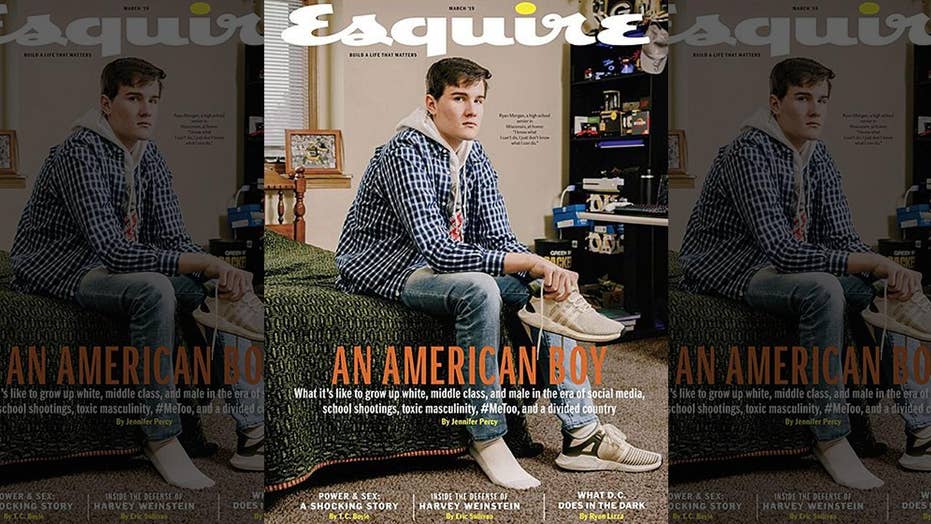 Esquire's cover story about a 17-year-old white teenager has caused a heated debate on social media. Editor in Chief Jay Fielden said Esquire staffers huddled to discuss what it's like to be a kid these days the idea for a series on 'growing up now' was born. Critics are angry because they feel that documenting the experiences of a 17-year-old boy is unnecessary, while others took to social media to share their outrage over the outrage.

Esquire sparked a heated debate on social media Tuesday when it unveiled an upcoming cover story about a white American boy and what’s it’s like to grow up “in the era of social media, school shooting, toxic masculinity, #MeToo, and a divided country.”

The March issue has angered critics who feel that documenting the experiences of a 17-year-old boy is unnecessary, while others are outraged over the outrage. The story quickly became a trending topic on Twitter as detractors rushed to mock the magazine for, as Out Magazine’s deputy editor put it, “radicalizing white mediocrity for the clicks."

Former ESPN host Jemele Hill sarcastically tweeted an image of the cover captioned, “Because you know what we don’t discuss nearly enough? The white male experience.”

Esquire’s Editor in Chief Jay Fielden explained his rationale in a companion piece headlined, “Why your ideological echo chamber isn’t just bad for you, it’s also bad for your kids.” Fielden explained that his own son grapples with the complicated world that nowadays includes everything from accusations of privilege to gender fluidity.

Fielden said Esquire staffers huddled to discuss what it’s like to be a kid these days and the idea for a series on “growing up now” was born. He said the stories aim to look at America through the eyes of a single kid, with Ryan Morgan being the first in the series.

“He’s white, lives in the middle of the reddest county in Wisconsin, and, as you will see, he is an unusually mature, intelligent, and determined young man,” Fielden wrote.

Coming issues will feature similar stories about other kids, including pieces on black, LGBTQ and female subjects, but critics don't think the magazine launched the series with the proper profile. Some were upset the story was published during Black History Month, while others took it even further — such as author Sarah Weinman, who compared it to a profile of infamous church shooter Dylann Roof.

Meanwhile, others took to Twitter to express either disdain over the negative attention the article has received and to simply make jokes about the situation.