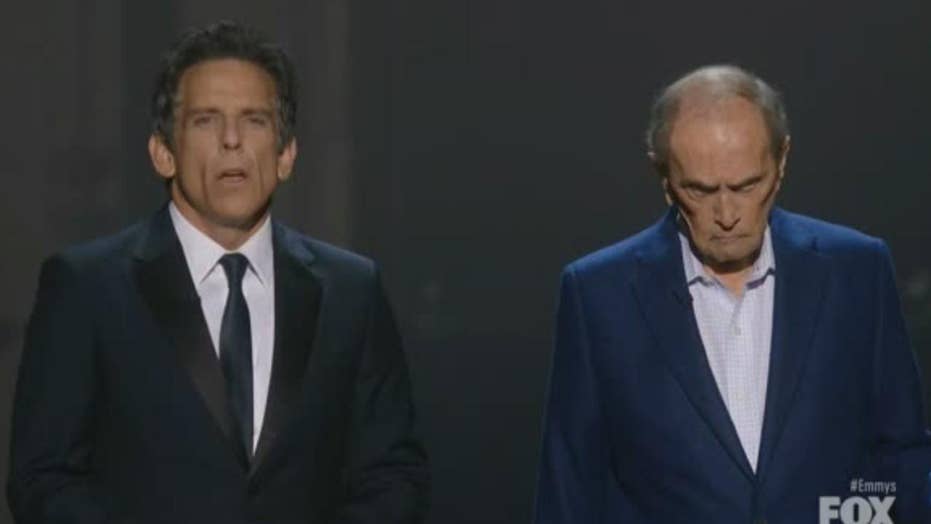 Stiller took the stage at the Emmy Awards on Sunday night to announce the winner of best supporting actor in a comedy series by honoring late comedians -- Lucille Ball and George Burns -- with wax statues of the pair.

The camera then panned to a frozen Newhart pretending to be a statue as Stiller continued his routine.

"I'm still alive," Newhart told Stiller, who introduced him as part of a wax museum comedy hall of fame.

Ben Stiller, left, and Bob Newhart appear on stage at the 71st Primetime Emmy Awards on Sunday, Sept. 22, 2019, at the Microsoft Theater in Los Angeles. (AP)

“You put me with George and Lucy and it’s weird,” he said. “Like I was in some weird museum of comedy.”

But Newhart replied: “This legend is going to kick your ass, that way you’ll know I’m alive...you thought I was dead!”

He later told Stiller: "I hated you, by the way, in 'Tropic Thunder.'"

Newhart, who celebrated turning 90 earlier this month, told Closer Weekly he has no plans to retire.

“I always say, ‘What are you going to tell people: ‘I’m really tired of making people laugh?’” he shared with the outlet. “It’s a wonderful thing to be able to do. You go out and do a good show, and you and the audience are happy for an hour or so. People forget their troubles, pick themselves up and dust themselves off. How could you hate that? I don’t think I’ll ever stop performing. It’s in my blood."

“I’ve done just about everything I’ve ever thought or even didn’t think I would do,” Newhart continued. “Making people laugh is all I care about.”