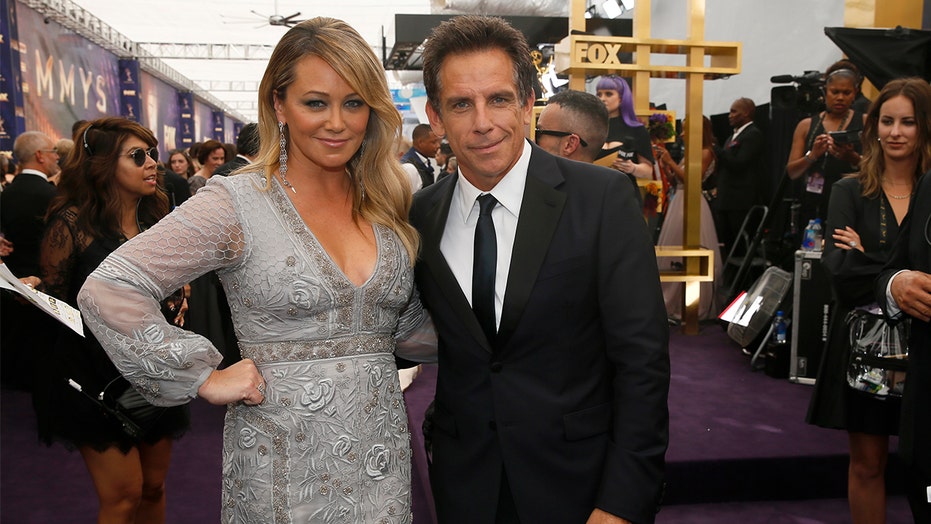 Friendly exes! Ben Stiller and wife Christine Taylor stepped out together for the Emmys on Sunday, despite splitting in 2017.

The pair -- who were together for 18 years before calling it quits -- were all smiles on the red carpet as they posed for pictures together.

Taylor, 48, wore a blue gown with beaded detailing, while Stiller, 53, opted for a classic black suit.

BEN STILLER AND CHRISTINE TAYLOR SPLIT AFTER 17 YEARS OF MARRIAGE

Christine Taylor and Ben Stiller arrive at the 71st Primetime Emmy Awards on Sunday, Sept. 22, 2019, at the Microsoft Theater in Los Angeles. (Photo by Danny Moloshok/Invision for the Television Academy/AP Images)

Stiller was nominated for outstanding directing for a limited series, movie or dramatic special for "Escape at Dannemora."

According to People magazine, this isn't the first time the duo have stepped out together following their separation. In April, they were spotted in New York City attending "Pretty Woman: The Musical" on Broadway.

The former couple first met on the set of a TV pilot titled "Heat Vision and Jack."

They tied the knot in May 2000 and share two children: 17-year-old daughter Ella and 14-year-old son Quinlin.

"With tremendous love and respect for each other, and the 18 years we spent together as a couple, we have made the decision to separate,” Stiller and Taylor said in a statement to Page Six at the time of their split. “Our priority will continue to be raising our children as devoted parents and the closest of friends. We kindly ask that the media respect our privacy at this time.”