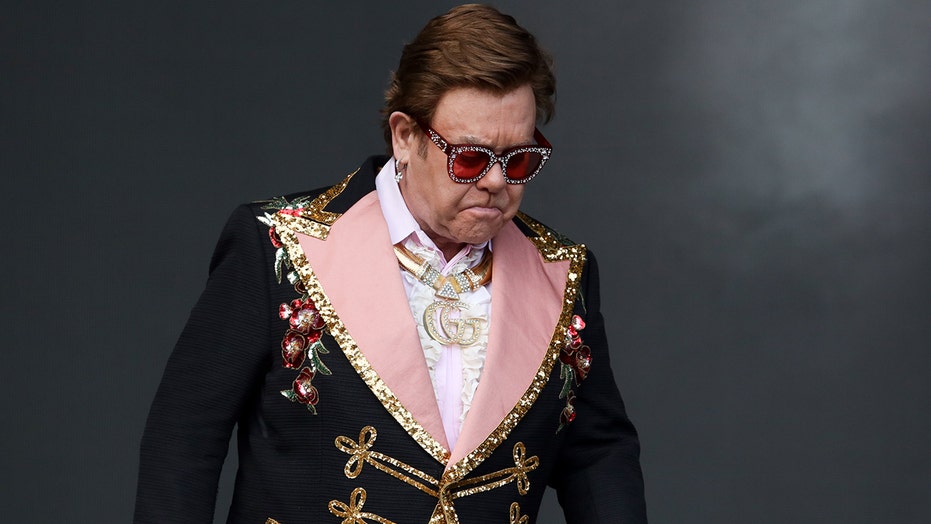 Elton John got emotional when he had to cut a concert in New Zealand short and be escorted off stage after he lost his voice in the middle of a show.

Video clips posted online by fans who were at the performance showed John breaking down in tears as he told the cheering crowd that he could not go on any longer due to walking pneumonia. In each video, the crowd can be seen supportively cheering the 72-year-old singer on as he made his way backstage. John took to Instagram shortly after the concert to explain to fans that he did all he could to put on the best show “humanly possible” given his diagnosis.

ELTON JOHN REVEALS HE WORE DIAPER, AND USED IT, DURING LAS VEGAS SHOW: ‘IF THEY ONLY KNEW’

Elton John plans to continue his tour after having to cut a concert short due to illness. (Getty Images)

“I want to thank everyone who attended tonight’s gig in Auckland. I was diagnosed with walking pneumonia earlier today, but I was determined to give you the best show humanly possible. I played and sang my heart out, until my voice could sing no more,” John wrote. “I’m disappointed, deeply upset and sorry. I gave it all I had. Thank-you so much for your extraordinary support and all the love you showed me during tonight’s performance. I am eternally grateful. Love, Elton xx.”

Fortunately, despite the setback, it seems John will recover and close out the rest of his tour.

Tour promoters Chugg Entertainment said John was resting and doctors were confident he would recover. They said a concert planned for Tuesday in Auckland would be delayed until Wednesday on the advice of doctors.

“Elton John was disappointed and deeply upset at having to end his Auckland concert early last night,” the promoters said in their statement.

The concert was part of John's Farewell Yellow Brick Road tour. As well as the delayed performance on Wednesday, John is scheduled to play again in Auckland on Thursday and then seven performances in Australia before traveling to the U.S. and Canada.

Elton John had to cut a New Zealand concert short due to an illness. (Dave Simpson/WireImage)

The New Zealand Herald reported that John told the crowd he was ill but that he didn't want to miss the show. He slumped on a stool and required medical attention after performing "Someone Saved My Life Tonight," but recovered and continued to play, the newspaper reported. Later, as he attempted to sing “Daniel,” he realized he had no voice left and was escorted off stage.

John had just returned to New Zealand after performing at the Academy Awards in Los Angeles. He won an Oscar for best original song for his theme song for the movie “Rocketman.”