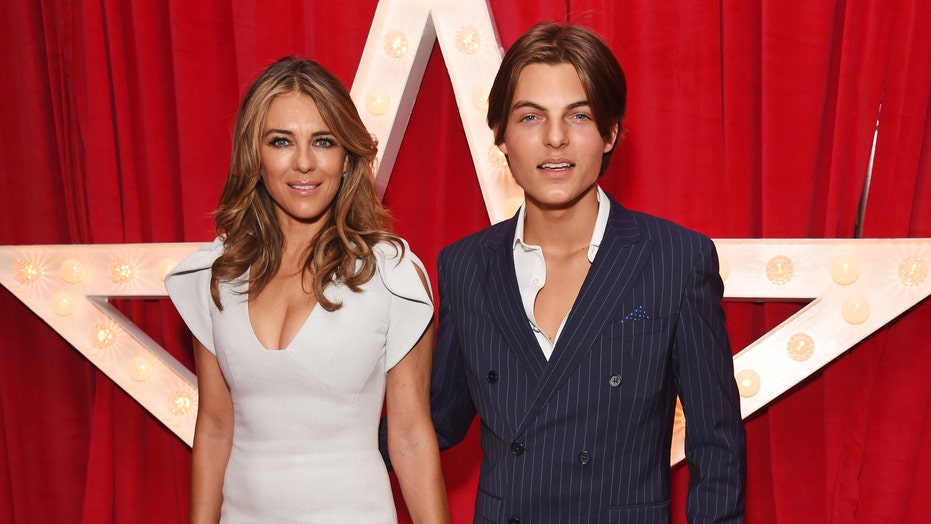 Actress Elizabeth Hurley pines to 'fall in love with someone wonderful'

Even though she has found lasting success as an actress and swimwear designer, Elizabeth Hurley revealed in an interview with Red magazine that, 'It would be fantastic to fall in love with someone wonderful.' Hurely admits to having great relationships with all of her exes, her most famous being actor Hugh Grant, but their breakups made her realize what she really wants in a partner.

Damian Hurley looked exactly like his famous mum Elizabeth as he posed for an arty Instagram picture.

The 17-year-old model bears a striking resemblance to the 54-year-old actress, with his dad US businessman Steve Bing.

The teen took to his Instagram Story to perfectly recreate a new snap of his mum, which had been shared to her own account.

In the photos, both Damian and Elizabeth have their long brown hair flowing down their backs as they glance over their shoulders.

Damian's razor-sharp cheekbones, strong brows, and sultry pout are almost identical to his mum's, with Damian even donning an extravagant backless gown to look like the actress'.

Seemingly poking fun at his imitation, Damian simply captioned the image: "Another version" alongside the eye-rolling emoji.

Liz and Damian are incredibly close and often feature on each other's Instagram pages, regularly wowing followers with their lookalike faces.

The actress previously came under fire when she revealed that her son was the photographer behind many of the saucy snaps.

She defended getting the teen to photograph her in her swimwear, saying as he’s studying photography he has an eye for it.

She said: "When we’re on holiday together, sure he’ll take some pictures.

"And you know, he’s got a really good eye and he’s studying photography and it’s ridiculous."

Liz briefly dated Damian's father in 2001, and when the model was born the following April the businessman denied paternity.

However, a DNA test proved that he was the father, with Damian winning a fight to inherit from Steve's £380m family fortune just last month.

He had previously been told that he would not get any money from the trust because he was born out of wedlock, with his grandfather Dr Peter Bing fighting to try and prevent Damian and his half-sister Kira Kerkorian, from accessing their inheritance.