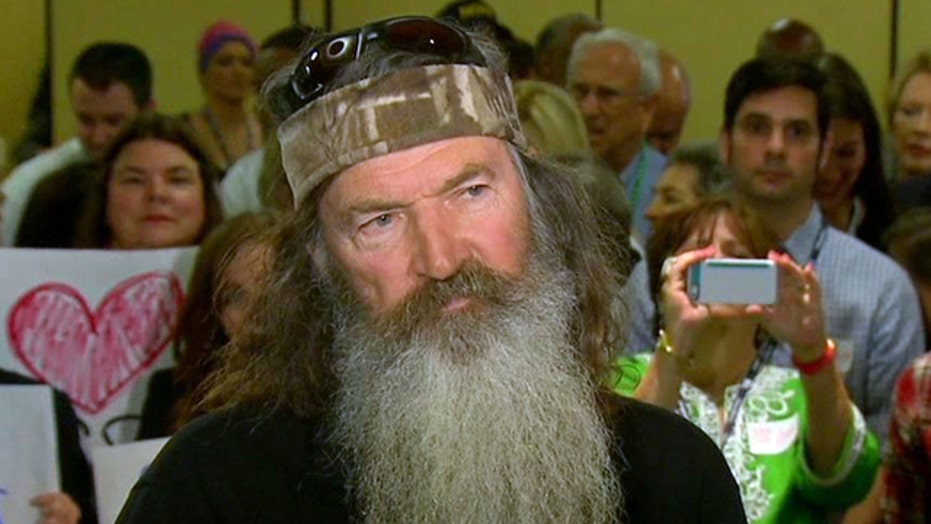 “Duck Dynasty” star Phil Robertson says he knew that his comments about religion and homosexuality would trigger controversy, but that he has no regrets and that it is part of “spiritual warfare.”

In an exclusive interview with Fox News’ Sean Hannity on Thursday at the Republican Leadership Conference, the star of the hit show said that he was not surprised by the controversy as it “goes with the territory” of preaching Christianity.

Robertson sparked outrage in April after an Easter sermon that was recorded and put up on his church’s website in West Munroe, La. that included remarks that appeared to group homosexuals with thieves, drunks and adulterers.

“Neither the sexually immoral, nor the idolators, nor adulterers, nor male prostitutes, nor homosexual offenders, nor thieves, nor greedy, nor drunkards, nor slanderers, nor swindlers will inherit the kingdom of God,” Robertson said in the sermon, paraphrasing a verse from one of St. Paul’s letters to the Corinthians.

However, Robertson said that he was not casting judgement on anyone, just preaching the words of the Bible.

“I would never judge or condemn anyone…I just give them the Good News,” Robertson told Hannity Thursday night.

“My message is always the same – ‘God loves you and sent Jesus to die for you.’”

It is not the first time the Robertson patriarch has stepped into controversy. In December he set off a firestorm after GQ magazine quoted him linking homosexual behavior to bestiality. A&E suspended him for nine days and he later issued an apology.