Demi Lovato’s ex-boyfriends Wilmer Valderrama and Joe Jonas are seemingly reacting to the singer’s apparent overdose on Tuesday after she was reportedly revived with the opioid treatment drug Narcan at her California home.

Valderrama, who dated Lovato for six years before their break up in June 2016, is “shocked” and wasn’t prepared for the news that Lovato was hospitalized, a source told People. Lovato was found unconscious at her Hollywood Hills home and rushed to the hospital. A rep for the singer told Fox News Lovato is “awake” and recovering.

“He knew she was going through a tough time but he wasn’t prepared for this,” the source told the magazine. “He saw her through so many ups and downs and was her rock through some of her darkest moments. To see her back in such a sad and vulnerable place is heartbreaking for him.”

The source said Valderrama “always cared deeply” for Lovato even after they split and remained friends.

“Demi always hoped they would end up back together in the future,” the source said. “He’s the love of her life and vice versa.”

Joe Jonas, meanwhile, also tweeted his love and support for Lovato Tuesday shortly after news broke about her apparent overdose. Jonas and Lovato dated in 2010 after meeting on the Disney Channel movie “Camp Rock” two years prior.

“Like all of you I am thinking of @DDLovato right now. She needs our prayers and support. We all know how strong you are Demi. #prayfordemi,” Jonas tweeted.

His brother Nick Jonas also said: “All of us love her and need to pray for her to get well. She is a fighter. #prayfordemi.”

Like Valderrama, Lovato also remained friends with Joe Jonas after their breakup. Lovato told People in 2016 she and the Jonas brothers have a friendship where they’ve watched each other “evolve and grow up.”

“And we’ve been able to be there for one another. It’s awesome. It’s really great because we all really bonded when we were younger and toured together,” she said.

A source close to Lovato told Fox News on Tuesday that “Demi is recovering and is in stable condition.” TMZ initially reported that the onetime Disney pop princess appeared to have overdosed on heroin, but later said it was not that drug. A source also confirmed to Fox News that "it's not heroin."

Last month, Lovato, who has grappled with substance abuse in the past, revealed in a new emotional single that she had relapsed months after celebrating six years of sobriety. 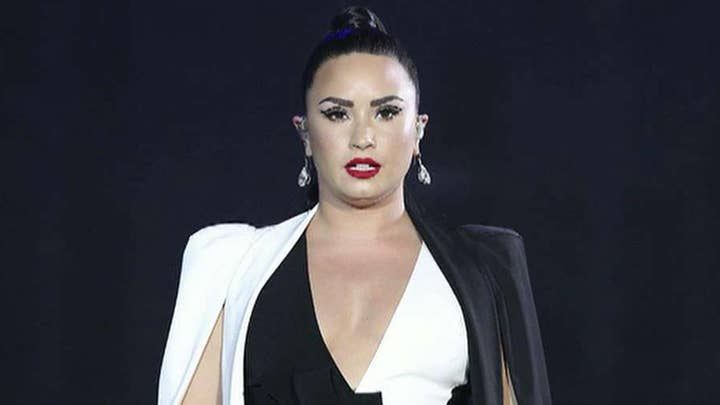 In her new song “Sober,” Lovato sings she’s not sober anymore and apologizes to the “ones who never left” her side and the fans following her journey.

Lovato has previously opened up about her struggle with drug and alcohol addiction. She marked six years sober on March 15 and celebrated the milestone on social media with a “Self Love’ T-shirt and thank you to fans. She also opened up about her battle with addiction in her YouTube documentary, “Simply Complicated.”