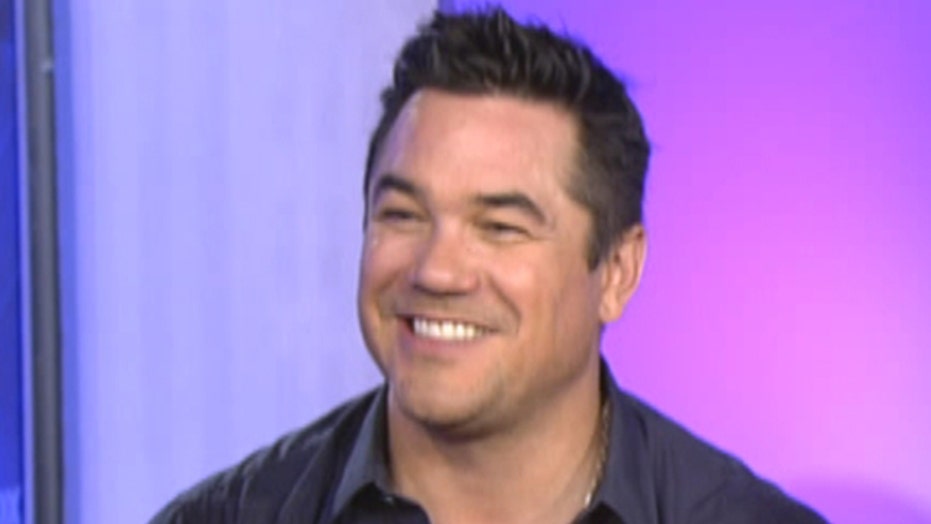 Dean Cain: I love being part of the 'Superman' legacy

Some fans may always think of Dean Cain as “Superman” but his new role as a good-cop-turned bad in WWE Studios' “Vendetta” may change their minds. He chatted with FOX411 about his gory film and working with WWE superstar "Big Show."

FOX411:  Tell us about your film.
Dean Cain:  It’s out June 12th.  It’s produced by WWE Studios so it stars a WWE superstar the "Big Show" (Paul White) who is 7-feet and generously 450 pounds. He’s the bad guy. I play a good detective who puts him away at the beginning of the movie. Then he gets out and does something awful to me... and it breaks the character. I play "Mason" who decides to have a personal vendetta against this guy and puts himself in jail, and starts knocking off anybody who gets in his way. It’s a straight revenge, kicking, rock ‘em, sock ‘em, bloody mess. The Soska sisters, who did the film, did a phenomenal job. They’re known for their gory, bloody flicks. There’s good blood and gore in here, but it’s a departure because it’s a full rounded story. It’s a lot of fun. It’s in select theaters and Pay-Per-View.

FOX411:  Did you do your own stunts?
Cain: I did but I had a stunt guy named Jason Day who’s a former UFC fighter-- a great guy. He did the fights, and I did the fights. I did every fight. He fights better than I do but if they had to see my face I had to do the fight. There was one day when I had to fight 15 guys and they showed me the fight that day. I said, “You know what Jason, you do this whole thing.” It was really hot that day and after take two of him doing [it] I was in there for the rest of the day. They sucked me back in but it was so much fun. It was so physical. The fighters were great. It’s like a dance.

FOX411: What was it like working with WWE Superstar "Big Show?"
Cain: Paul was phenomenal. There is no way I want to fight this man in real life. I would run from him and hopefully I could get away, and use some of my former football skills. I can hang on to a couple of them still and run from him. He is such a big, powerful guy but the nicest guy in the world, I assume until you get him angry. Then I’m sure when you get him angry, that’s not a good thing.

FOX411: You’re back in the Superman franchise with the upcoming “Supergirl.”  Does it ever get annoying being associated with Superman?
Cain: No, not at all. Think about it. There’s so many worse things I could be called and I have been called so to be referred to as Superman all the time it’s wonderful. I love it being part of it. It’s the greatest American icon in the world. He’s the most powerful beings on Earth raised in small town Kansas with small town American values and he’s the most moral, good person on the planet. It’s the greatest thing to be associated with. It’s just a little tough when you’re playing a sport and they’re like, “Oh, Superman what are you going to do?” And you’re like, “Hey, man I’m almost 50 give me a break.” It’s tough.

FOX411: You’re on the Food Network’s competition show, “Worst Cooks in America,” starring alongside JWOWW, Kendra Wilkinson and “The Bachelor’s” Chris Soules.  Who did you bond with?
Cain:  A lot of reality stars which I’m not used to but here’s the thing I cook. I cook about 95 percent of the meals eaten in my house for myself and my son and every once in a while I order pizza. He doesn’t like to go to restaurants. He likes my cooking. It’s very simple basic food. I’ve always wanted to take a cooking class and I never had the opportunity to do that this was sort of a way to do that. It’s called “Worst Cooks in America” but I’m not the worst cook in America. And I bonded with Chris. He’s my buddy. Jaleel [White] and I have been friends for 15 years but Chris is just a great dude.