CNN's liberal star reporter Jim Acosta took some shots at "purist" journalists who don't lash out at the Trump administration and argued that his showboating behavior is a sign of a "healthy, functioning democracy."

In several excerpts of his anti-Trump memoir "The Enemy of the People: a Dangerous Time to Tell the Truth in America," Acosta complained that "access is more important than solidarity" to some journalists, who are "rewarded with scoops" because they "stand with the White House."

"Purists in the field of journalism and academics opining from the safety of the classroom can lament the downfall of neutrality. But neutrality for the sake of neutrality doesn’t really serve us in the age of Trump," Acosta wrote.

Reflecting on a fiery exchange he had with outgoing Press Secretary Sarah Sanders about the administration's child-separation policy in June 2018, Acosta tells readers he wanted it to be "memorialized for all eternity" and told those who accuse him of showboating to "shove it." 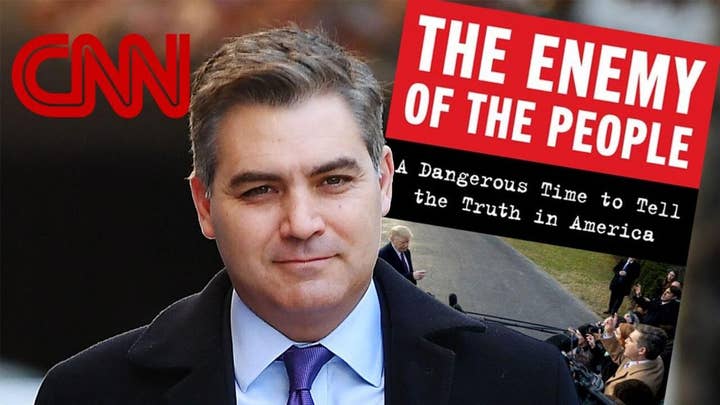 "Folks weren’t patting me on the back as I exited the Briefing Room that day, but I wasn’t looking for anybody’s approval. If people think I was showboating or grandstanding in my exchange with Sanders, they can shove it," Acosta swiped. "This was all about preserving a dark chapter in our nation’s history."

Acosta dismissed the idea that he was behaving like a "political activist" since he said his mission was to "find the truth." He did, however, tell his critics to "call me a showboater or a grandstander" because he was "performing a public service for the good of the country."

"I will go to my grave convinced deep down in my bones that journalists are performing a public service for the good of the country," Acosta said. "The country is better off with reporters in the White House Briefing Room asking the hard questions, even if we sometimes sound a little over the top. That noise is the sound that a healthy, functioning democracy makes."

The CNN reporter also admitted that "it was difficult to keep my emotions in check" when challenging the White House on its immigration policies, noting his father was a Cuban refugee, and that its policies had him feeling "tremendous sadness and concern."

Critics have been panning Acosta's book, declaring that he has "become a commentator, not a reporter" and that he fails to address why President Trump has been successful with his battle against the media.