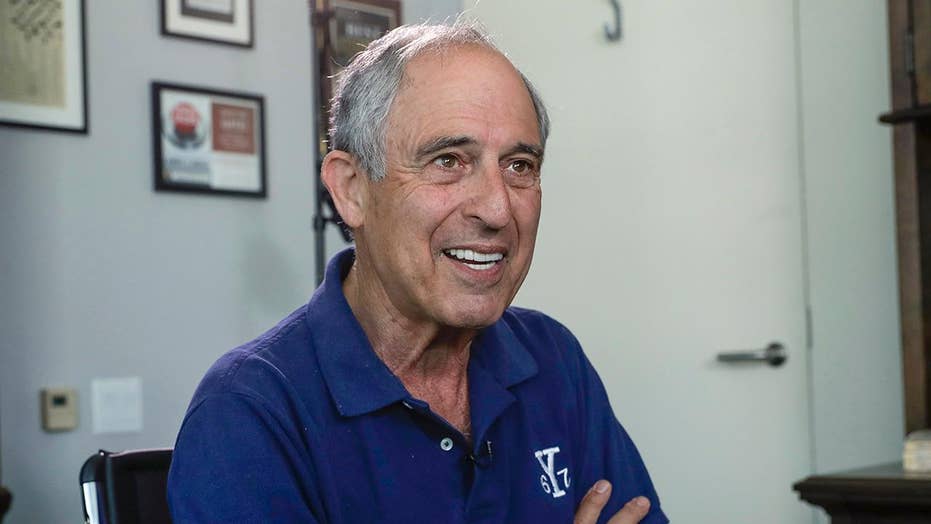 CNN stands by report on Trump's knowledge of Russia meeting

Michael Cohen's lawyer Lanny Davis walks back the claim he made as an anonymous source for CNN's story on the 2016 Trump Tower meeting.

A cross-section of media pros say CNN is facing a credibility crisis for standing by a report on the infamous 2016 Trump Tower meeting despite ex-Clinton aide Lanny Davis admitting he was an anonymous source and recanting key details he provided CNN for the story. Many observers have slammed CNN for the way it has handled the scandal and some feel it proves the network cares more about pushing anti-Trump agenda than being right.

DePauw University professor and media analyst Jeffrey McCall told Fox News that the situation “demonstrates exactly why so many news consumers give the media low credibility scores in this era” and said that “CNN went out on a limb in the first place by using Lanny Davis as a source and the story eventually collapsed.”

Davis, the high-powered attorney of President Trump’s longtime “fixer”-turned-foe Michael Cohen, admitted Monday he was an anonymous source after The Washington Post outed him as a source for its own version of the story. The attorney told BuzzFeed News that he regretted being the anonymous source as well as his subsequent denial. The CNN story, which cited multiple “sources,” claimed Cohen said President Trump knew in advance about the Trump Tower sit-down. However, Trump has repeatedly denied any advance knowledge of the meeting and CNN has stood by its reporting amid widespread criticism.

“They are fiction made up by the Fake News reporters. Look at the lie that Fake CNN is now in,” President Trump tweeted on Wednesday. “They got caught red handed! Enemy of the People!”

McCall said that it was “risky to use such a self-interested source such as Davis in that story initially” and once he recanted “CNN owed the news consuming community an explanation and perhaps even an apology.”

The apology has not come, even after CNN published a new report that acknowledged the changing stories of Davis on Tuesday. In addition to other criticisms such as possibly outing Cohen as a source, CNN’s follow up fails to explain why the original report claimed Davis declined comment when he was actually used as a source.

“The journalistic world must be more cautious about using unnamed sources and they particularly can't be using unnamed sources who have a reason to be playing the reporters. And when stories fall apart, news organizations need to be big enough to acknowledge human errors,” McCall said. “CNN's refusal to sort this story out in front of the public lends support to the right-leaning critics who suggest CNN is more about pushing an anti-Trump agenda than getting stories to be factually correct.”

"CNN's refusal to sort this story out in front of the public lends support to the right-leaning critics who suggest CNN is more about pushing an anti-Trump agenda than getting stories to be factually correct."

CNN’s original story resulted in countless segments on liberal cable news programs, sent a variety of publications scrambling to match and was covered on broadcast network’s evening newscasts for a combined 39 minutes and 23 seconds from July 27-31, according to the Media Research Center.

While several publications have issued updates, CNN continues to insist that its original story had multiple sources and Davis recanting doesn’t make it inaccurate. The evening newscasts of ABC, NBC and CBS have ignored Davis’ contradiction after spending nearly 40 minutes on the original story, according to MRC data.

CBS’ online version of the story was updated on Tuesday evening: “CBS News can no longer report that Cohen was willing to tell special counsel Robert Mueller that the president knew in advance of the June 2016 Trump Tower meeting.” The Washington Post issued a similar editor's note earlier in the week.

Former White house Press Secretary Ari Fleischer said “CNN’s handling of this fiasco is bizarre” and called it a “textbook case in how to make a mistake even worse.”

The Federalist senior editor David Harsanyi penned a column headlined, “If You Want To Know Why Conservatives Don't Trust Media, Watch CNN,” while a plethora of media watchdogs took to twitter to mock CNN.

Dinesh D’Souza chimed in, “When a network like @CNN knows a story is false but stands by it anyway, what does that say about its commitment to truth and accuracy?”

Journalist Glenn Greenwald tweeted that CNN’s strategy is “as obvious as it is lame” and criticized the network for pretending the scandal is only relevant among conservatives.

”That's 1) not true & 2) an indictment of non-conservative journalists if it were true. It's a huge deal that CNN outright lied about a key issue on its biggest story & won't address it,” he wrote. “Their reporters outright lied when they said Lanny Davis (their source) refused comment.”

It appears that Greenwald is accurate about the situation being a scandal on both sides of the political aisle despite broadcast newscasts ignoring it. New York magazine, The Washington Post, Business Insider, and Newsweek are among the mainstream outlets to cover CNN's controversy.

While some liberal and anti-Trump publications handled CNN’s debacle with kid gloves, other organizations haven’t been as friendly.

NewsBusters published a headline, “CNN Tries to Weasel Out of Responsibility for Dubious Trump Tower Story.” Mediaite wrote, “CNN Addresses Lanny Davis-Michael Cohen Report Without Answering Any Questions About It” and The Daily Caller noted that CNN’s explanation "did not reassure readers about the credibility of its other sources or explain why they feel the reporting is strong enough to dismiss Davis and his credibility problems.”

Conservative pundits, media analysts, journalism gurus, competing news organizations and the President of the United States have all criticized CNN for the way it has handled the situation – but the network continues to stand by its reporting.

CNN did not immediately respond when asked for additional comment.