Rosen, here in a 2016 file photo, tried to save face saying she "got some bad info" regarding the student's costume. (John Lamparski/Getty)

Hilary Rosen might want to fact-check before she tweets.

The CNN commentator is facing backlash after calling a Georgetown University sports fan anti-Semitic for wearing a bacon suit to his school's basketball game against Syracuse University.

"Look at the guy in the 'bacon suit,'" Rosen tweeted Saturday before later deleting the tweet. "This is a Georgetown #Hoyas fans anti-Semitic smear to the Syracuse team."

However, it turns out the student's name is Michael Bakan and he says he wasn't trying to taunt the school's Jewish students by dressing as the non-Kosher food.

Bakan told the Daily Caller he often wears the bacon suit simply because his last name is pronounced like the breakfast staple.

"At first I thought it was a joke," Bakan said. "The real way [my last name] is pronounced is bacon, and that was the impetus behind the costume. I’ve worn it to three games now."

Rosen tried to save face tweeting back to Bakan she "got some bad info" regarding his costume.

"Awesome, u found me!" she tweeted at Bakan. "Thanks for telling me. I’m new to this school rivalry and got some bad info! I apologize and took down my tweet."

This is not the first time Rosen has faced backlash for rushing to conclusions. During the 2012 election, Rosen apologized for mocking stay-at-home mom Ann Romney for "never work[ing] a day in her life."

"I apologize to Ann Romney and anyone else who was offended," Rosen said in a statement at the time. "Let's declare peace in this phony war [on stay-at-home moms] and go back to focus on the substance." 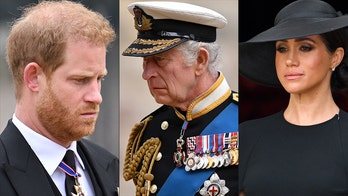