Christie blasted the "Meet the Press" host as a “complete ass” following the second Democratic Party debate on Thursday night.

The Republican shared his thoughts during an appearance on a special live post-debate telecast of “The Late Show with Stephen Colbert.”

“And please God, can we say goodbye to Chuck Todd?” Christie asked after listing, in his view, all the losers of the Democratic debate.

The audience was cautious to embrace the remark, while liberal host Colbert only said, “Wow.”

“I mean, the most, the most pretentious know-it-all on network news,” the former governor added. “The guy is just a complete ass.”

“I mean, the most, the most pretentious know-it-all on network news. The guy is just a complete ass.”

During the appearance, Christie also praised Sen. Kamala Harris of California for her performance, saying “Harris tonight proved what I’ve known all along: Prosecutors know how to do that.”

Harris previously served as district attorney in San Francisco and state attorney general of California, while Christie is a former U.S. attorney in New Jersey. 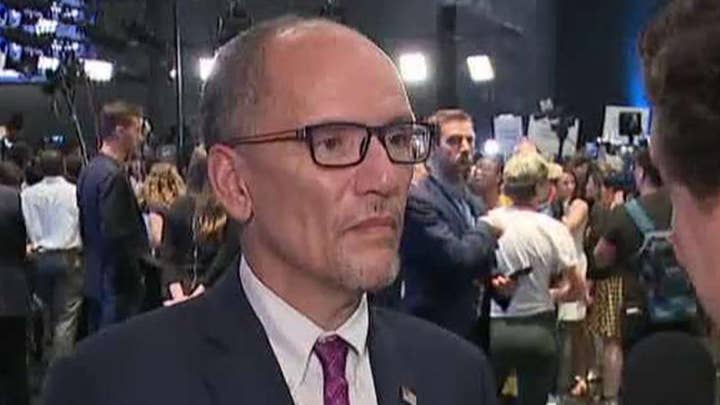 “So like, for instance, like tonight? Say goodbye -- right? -- to Marianne Williams,” he said. “Say goodbye to Andrew Yang. Goodbye, Andrew!”

“Say goodbye to Eric Swalwell,” he added. “I mean, ‘We’re going to break up with Russia and we’re going to make up with NATO.’ His mother is embarrassed by his performance tonight.”