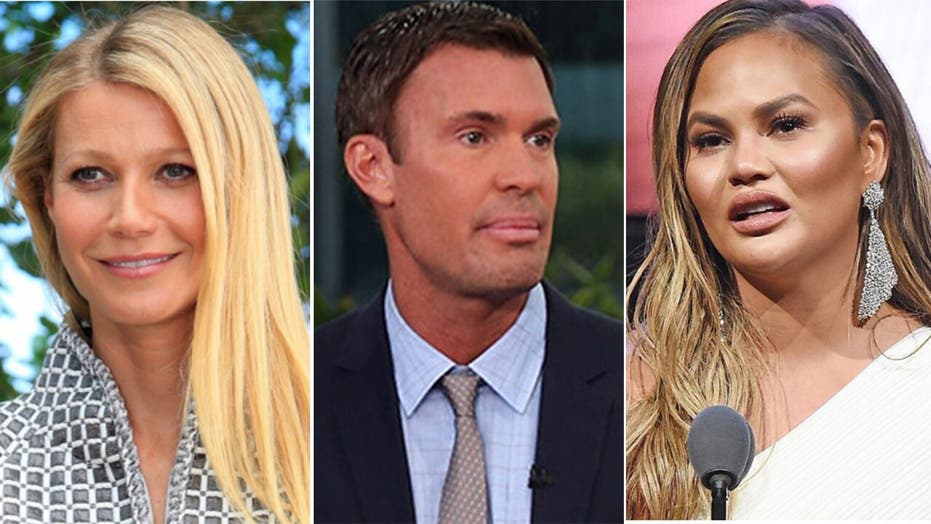 All the celebrities slammed for 'tone-deaf' coronavirus comments

From Chrissy Teigen to Gwyneth Paltrow, many celebrities have been scrutinized for comments they have made regarding the coronavirus pandemic.

Some Hollywood stars are biting their tongues after making insensitive comments amid the coronavirus pandemic, which has derailed multiple television and film productions in addition to preventing large-scale events from taking place for the foreseeable future.

One of the first stars to come under fire was Goop founder Gwyneth Paltrow, who took to the company's Instagram account with a selfie hawking a $450 skirt and a $425 pair of sneakers.

The company was quick to delete the post and has since moved forward with wellness and health-related content.

Meanwhile, Chrissy Teigen admitted a tweet she wrote about ordering soup came across as "tone-deaf."

“This is not an ad but if you’re holed up at home, ordering America’s best food from Goldbelly is the way to go right now!” the cookbook founder wrote. “Currently shipping clam chowder from Boston to myself.”

When one fan made note of Teigen boasting about a cross-country delivery, she replied, "It was a ride. I didn't mean it to sound like I don't care about the pandemic? it was tweeted innocently, perhaps tone deaf but I like soup and if you can support these businesses, then that seemed cool but yeah if you can't, then that is also fine, I am not shaming you."

“Any of my friends working from home this week should come join me for a Palm Springs quarantine!” Shay tweeted.

“I will continue to live my life in Palm Springs or MDR w my friends and not live it in complete isolation or fear," the tweet continued. "Simple as that. Call me ‘ignorant’ but I’m not gonna stop living!”

"For those who expressed concern or viewed my remarks as insensitive, I had just returned from a work trip and wasn’t fully updated on the pandemic," she said. "I now understand the severity of our current predicament. Please stay safe, and wash your d--n hands!"

Former "The View" co-host Michelle Collins also was criticized online after tweeting she was taking bets on which celebrity would contract COVID-19 first before singling out actress Jameela Jalil.

"Place your bets on who will be the first famous person to get Corona," Collins tweeted.

Jamil defended herself against Collins, who didn't exactly come across as apologetic in hindsight.

"May you never suffer from chronic illness. May you never wake up in pain and swollen every f--king day of your life. May you never struggle with an invisible disability. May you never be laughed at over it by people who have never met you. @michcoll To the bad place you go," Jamil clapped back.

"I HAVE FINALLY MADE IT. Learn to LOL at yourself girl, it's freeing," Collins responded.

And back in January, Jeff Lewis walked back on comments he and his radio guests made on SiriusXM about Asian Americans amid the global crisis.

The “Flipping Out” alum, 49, opened an episode of his show “Jeff Lewis Live," issuing an apology for remarks he and his guest co-hosts made on the air.

“We love our Asian listeners and we would never want them to feel excluded,” Lewis said, according to People. “We also never meant to spread hate or breed racism with our comments.”

According to People magazine, Lewis and company said they would avoid eating at restaurants such as Panda Express and Chin Chin, refuse calls from Asian listeners, avoid venturing to Asian-dominated communities such as Chinatown and Los Angeles’ famed TCL Chinese Theatre and even "quarantine" Asian American SiriusXM employees.

Bette Midler recently offered a "salute to housekeepers" on Twitter, which was slammed as tone-deaf.

“I never knew my appliances as well as I’m starting to know them. So grateful to #Kenmore and #Maytag,” Midler said. “This is no joke. I salute housekeepers around the globe, doing your best to keep your families well, safe and alive.”

“Sounds like someone was forced to do her own laundry!” tweeted one user in response to Midler, another simply asking, "Are you for real?"

“And you honestly believe you should be telling everyday American's how to live???” questioned another responder. “You only just now met a d--n washing machine.... probably had to read the d--n instruction booklet. OMFG.”

Fox News' Nate Day and Julius Young and The Associated Press contributed to this report.