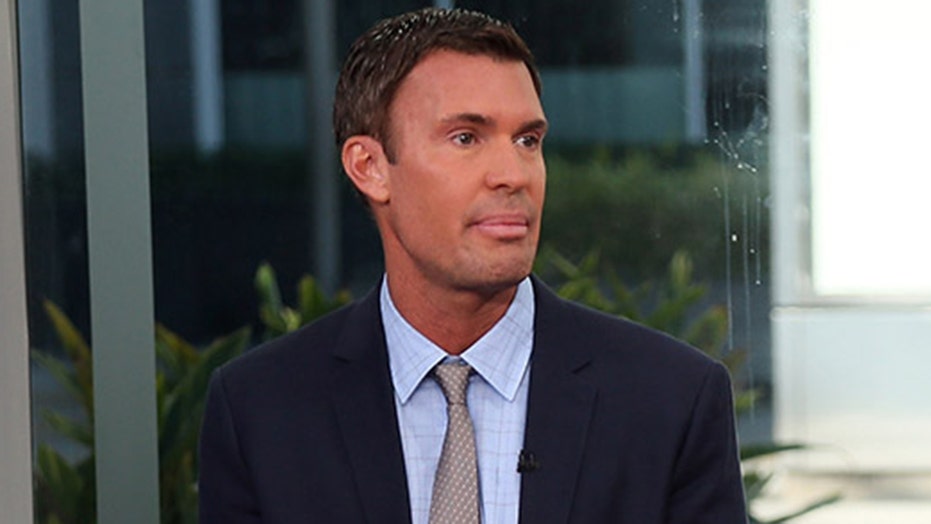 Jeff Lewis is walking back comments he and his radio guests made on SiriusXM about Asian Americans amid the global coronavirus crisis.

The “Flipping Out” alum, 49, opened Thursday’s episode of his show “Jeff Lewis Live” and issued an apology for remarks he and his guest co-hosts made on the air.

“We love our Asian listeners and we would never want them to feel excluded,” Lewis said, according to People. “We also never meant to spread hate or breed racism with our comments.”

According to People, Lewis and company said they would avoid eating at restaurants such as Panda Express and Chin Chin, refuse calls from Asian listeners, avoid venturing to Asian-dominated communities such as Chinatown and Los Angeles’ famed TCL Chinese Theatre and even "quarantine" Asian American SiriusXM employees.

FLIPPING OUT' STARS JEFF LEWIS AND JENNI PULOS ARE NO LONGER WORKING TOGETHER: REPORT

“Apparently, I did incense a few people. I actually feel bad about it. I was joking around and it went a little too far,” he continued. “I apologize for being such an a--. I want people to have fun when they listen to this show… So I just wanted to apologize. I’m very sorry for crossing the line.”

People wear masks following the outbreak of a new virus as people arrive from the International terminal at Toronto Pearson International Airport in Toronto on Saturday, Jan. 25, 2020. A Toronto hospital said Saturday it has a confirmed case of the deadly virus from China, Canada's first. Sunnybrook Health Sciences Centre said it is "caring for a patient who has a confirmed case of the novel coronavirus that originated in Wuhan, China." (Nathan Denette/The Canadian Press via AP)

Lewis said he was not coerced by his employer to apologize.

“No one has told me to apologize yet. This was on my own,” he said. “I felt like I went a little too far.”

“There used to be three Asian American people working here, but Megan has locked them in the green room because she’s so concerned. She is so concerned, she has quarantined them,” Lewis had quipped of Weaver on Tuesday’s show.

Lewis even said Weaver was unaware of the family ties said employees might have to China, thus: “She has no idea and doesn’t care, she is so afraid of the coronavirus.”

Weaver played along with Lewis, adding that she was “terrified” of the epidemic and would be boycotting Panda Express “until this is all over.”

Then, Budin chimed in: “Megan was nervous like, ‘What if an Asian person calls in to the show? We shouldn’t even take the call.’” 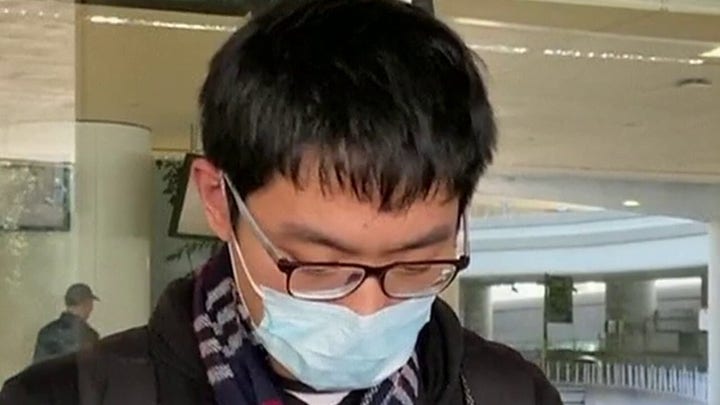 However, on Wednesday’s show, the comments ramped up and Lewis decreed that “we quarantine all Asian SiriusXM employees.”

“This would include Chinese, Japanese, Korean, Taiwanese, Vietnamese, Burmese, Filipino, Indonesian, et cetera,” Lewis doubled down. “I’m sure there’s more. That’s all we could think of. We’ll see how that goes.”

Lewis continued in his berating of the Asian population and alleged that while he was a student at the University of Southern California, “[in] my experience, the Asians were the biggest cheaters of all.”

“Now, I cheat too. I cheated, most of my friends cheated, but I’m just telling you what happened,” Lewis ranted. “In those classes, those Asians were the biggest cheaters. And I think cause they got the most pressure from their parents. My dad didn’t give a s---. I didn’t have a lot of pressure. But those kids, I blame the parents. Those kids were under so much pressure.”

Then, out of nowhere, Lewis’ sister-in-law Carrie offered: “I was an English major, so there were no Asians in my class.”

The former HGTV star concluded his rant by alleging that the reason for the spread of the deadly coronavirus is due to the substandard dietary habits of Asian people.

“They’re saying the coronavirus, it’s a bat virus that then transmitted to snakes because snakes eat bats. The Chinese eat snakes, they eat all kinds of s--- over there,” he claimed. “That’s probably why we’re in this trouble. Allegedly. They eat bats... mice. And then they wonder why they’re sick!”

As of Friday, there had been more than 9,600 confirmed cases of the coronavirus with more than 200 deaths. Officials said that the number of confirmed cases in the U.S. remains at six, with the latest being an Illinois man whose wife was diagnosed with the virus after traveling to Wuhan, which is considered the epicenter of the outbreak.