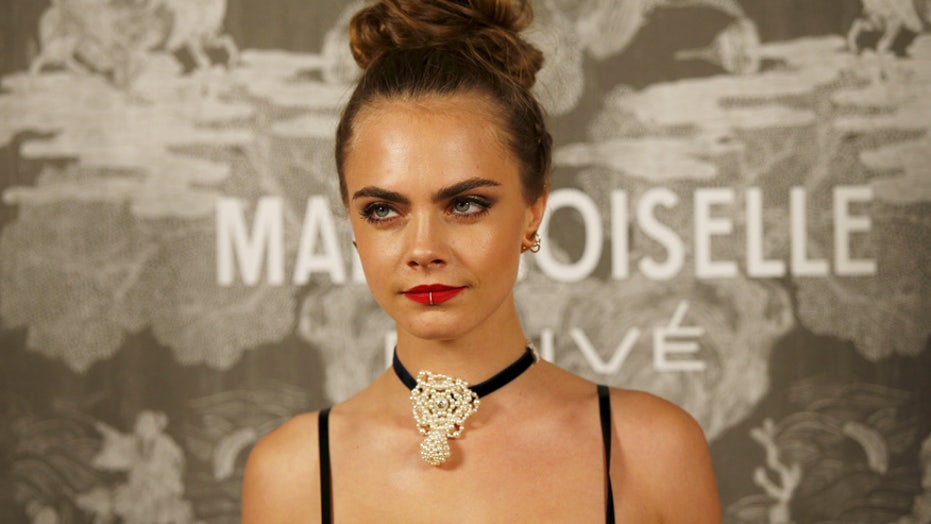 Cara Delevingne is opening up about her sexuality.

The 27-year-old model recently spoke with Variety and announced that she identifies as pansexual.

"I always will remain, I think, pansexual," said Delevingne, referring to her being attracted to all gender identities. "However one defines themselves, whether it's 'they' or 'he' or 'she,' I fall in love with the person -- and that's that. I'm attracted to the person."

'STAR WARS' ACTOR JOHN BOYEGA SPEAKS OUT ON RACISM: 'I DON'T KNOW IF I'M GOING TO HAVE A CAREER AFTER THIS'

Delevingne told fans in 2018 that she identified as sexually fluid, per the outlet.

“I’ve always felt bad for anyone I’ve ever been in a relationship with," said the "Carnival Row" star. "It’s very hard to maintain the normality in it. I think it’s why I tend to keep my private life a lot more private now, because that public thing can actually ruin a lot of things.”

JIM EDMONDS REVEALS HIS DAUGHTER IS EXPECTING HIS FIRST GRANDCHILD

While it wasn't always the case, Delevingne said that she'd proud to be open in regards to her sexuality these days.

“Pride to me is a sense of something that I never really had as a kid," she disclosed. "A sense of pride is like a sense of belonging, a family outside your family, a place where you don’t have to apologize or feel ashamed. I guess I never felt like I belonged anywhere as a kid. Or I always felt like I didn’t belong in my own body. I felt so lost.”

Once she opened up, however, things changed for the better.

“Once I could talk about my sexuality freely, I wasn’t hiding anything anymore,” said Delevingne. “And the person I hid it from the most was myself.”