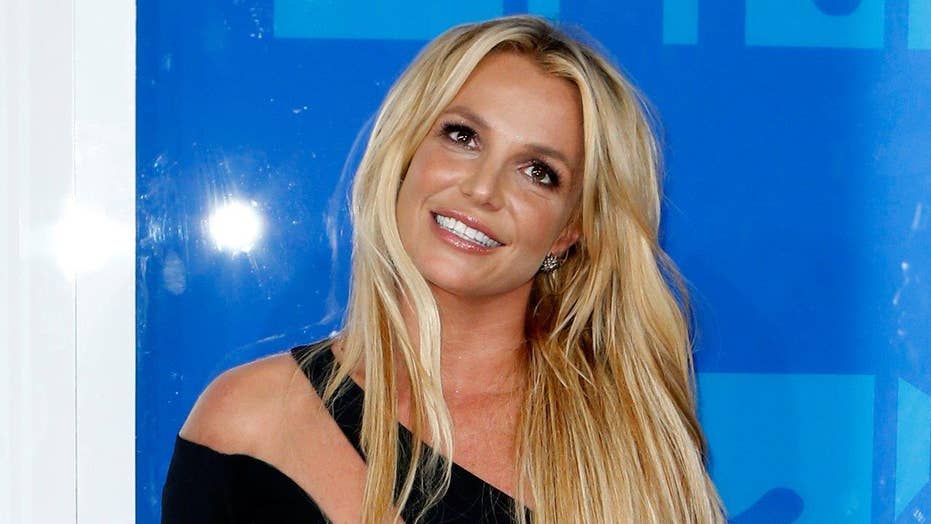 She's still got it! Britney Spears debuted the new music video for her sexy single, "Slumber Party" at midnight on Friday, and it didn't disappoint.

In the sultry clip, Brit rolls up to a giant mansion wearing a tiny red dress. Upon entering, she's greeted by flame throwers and a slew of people ready to get their freak on.

"'Cause we got them candles hanging | Hanging from the ceiling low | We use our bodies to make our own videos | Put on our music that makes us go f--king crazy, oh | Go crazy, oh like a slumber party," she sings.

Spears then changes into a series of sexy ensembles -- some black lingerie, and others puffy blue princess skirts. The GRAMMY winner also cozies up to singer Tinashe, caressing her while she sings her own verse of the song.

The 34-year-old pop star was excited to debut the video, telling fans on Twitter, "Make sure you stay up late tonight for the world premiere of the #SlumberParty video! 3am ET / Midnight PT."

Spears seems to be in a racier mood these days. The first song off her new album, "Glory," was "Private Show," a steamy tune with some salacious lyrics.