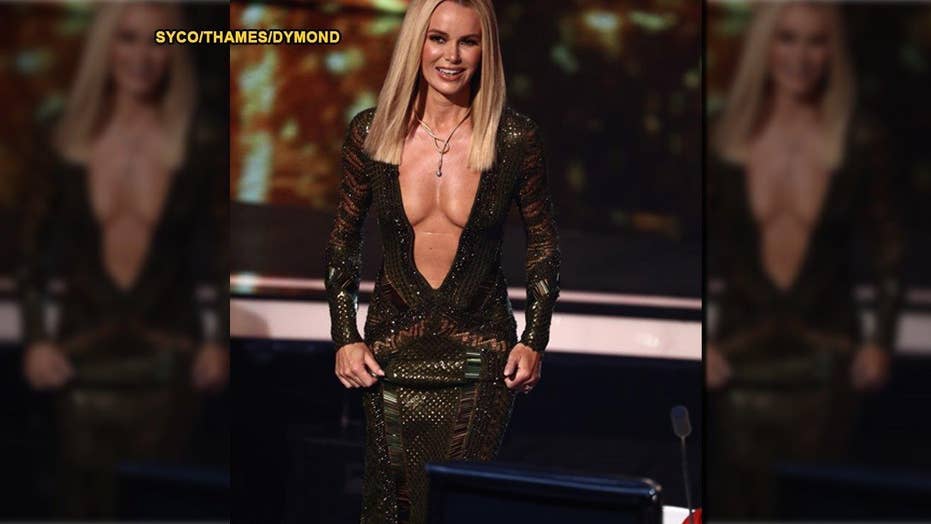 Amanda Holden is not holding back.

The "Britain's Got Talent" host sparked outrage among viewers who felt her revealing dress from Thursday night's episode was not fit for the family TV show.

The 46-year-old offended fans in a skin-tight backless dress with a plunging neckline that stopped right before the star's belly button.

According to The Sun, the UK equivalent to the FCC, Ofcom, received 216 complaints over Holden's outfit.

"We will assess these complaints before deciding whether or not to investigate," Ofcom told The Sun.

Many fans took to Twitter to express their disappointment in Holden's ensemble.

What was Amanda Holden thinking, ?.
wearing such a revealing dress 👗 on family TV program,?

Totally inappropriate dress for a family show Amanda Holden #BGT Just because you can doesn't mean you should! #havesomeclass

The actress and singer previously told The Sun she hopes her outfits cause people to complain to Ofcom.

"I can’t wait to wear my dresses," she told The Sun last week. "Will people be complaining to Ofcom? I hope so. I haven’t done my job if they aren't!"