Former first ladies Barbara Bush and Nancy Reagan's feud came to a head when Bill Clinton was inaugurated in 1993, according to the author of a new book.

Susan Page said in her book “The Matriarch” that Bush and Reagan's acrimony reached a fever pitch after Reagan called into ABC News' live television coverage of Clinton's inauguration to slam reports of how she treated the Bush family.

“The Bushes were aghast,” Page wrote (via People). “At the low point of their political lives, Nancy Reagan had made one more petty dig.”

GEORGE H.W. BUSH AND BARBARA BUSH THROUGH THE YEARS

Reagan had claimed she tried calling Barbara Bush previously but could not reach her. After Reagan's comments went public, Barbara “reluctantly” accepted a call from the fellow former first lady.

“She [Mrs. Reagan] started out by saying that she knew that this was a hard time with packing boxes and all ... but ... and here I interrupted her and said that all was well,” Barbara recalled to Page. “I told her that our friends and family had given us such a good welcome home and that they had pretty much unpacked for us, [but] that the thing that made it tough was having her say all those ugly things about me on the air.”

BARBARA BUSH DIDN'T CONSIDER HERSELF A REPUBLICAN WHEN SHE DIED

Bush added, “She said that she was just trying to explain. I asked her not to explain about me anymore ... she had hurt me badly and I just could not understand it.”

According to a New York Times report at the time, Reagan “had been desperately trying to call Barbara Walters, an old friend, to privately correct something Ms. Walters had said on the air. ... But somehow, Mrs. Reagan was connected to Peter Jennings on the air ... While Mr. Jennings and David Brinkley sat by, bemused, Mrs. Reagan unloaded on both her successors.”

Reagan also claimed that the Bushes had never invited her or former president Ronald to a state dinner, even though Barbara Bush clarified that she'd invited the couple just 10 days earlier to present the Medal of Freedom to Ronald Reagan. “We did have your wonderful husband to the White House,” Barbara Bush recalled telling Reagan, “and don’t you ever call me again!” 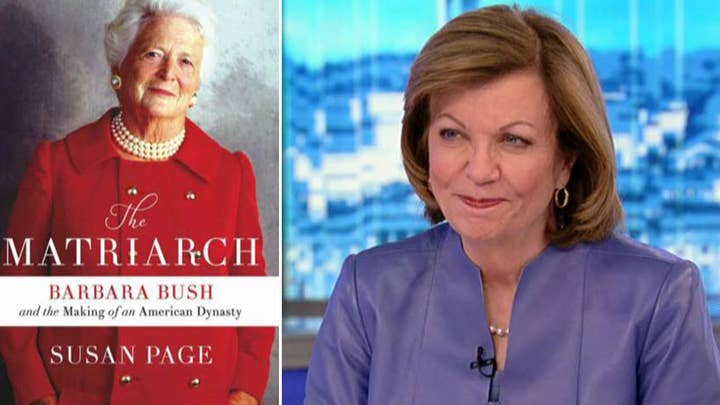 Of course, if Barbara and then-President George H.W. Bush didn't invite the Reagans over, it may have been simply returning the favor: Nancy Reagan notoriously left the Bushes out of their own celebrations, even while they served in office together.

When Nancy Reagan died in 2016, Barbara Bush said in a statement, “Nancy Reagan was totally devoted to President Reagan, and we take comfort that they will be reunited once more.” However, in her diary ahead of George H.W. Bush's inauguration, Page claimed Barbara Bush wrote, “I will not treat her [incoming second lady Marilyn Quayle] as Nancy Reagan has treated me.”

Barbara Bush passed away in April 2018. When she and George H.W. Bush were asked why the Reagans didn't like them, George replied simply, “I don't know.”