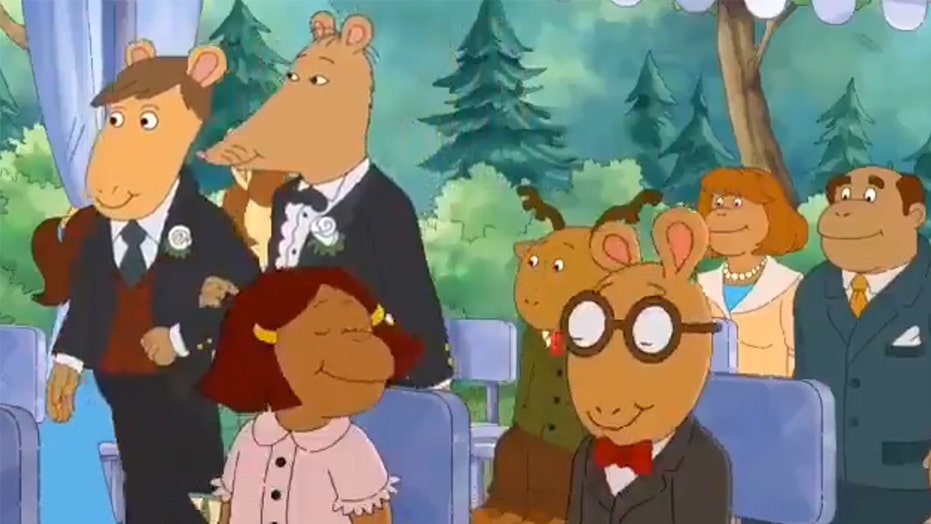 The newest season of the children’s cartoon “Arthur” came big news: Mr. Ratburn got married -- to a man.

The 22nd premiere of the PBS Kids show aired on Monday and featured the strict, cake-loving teacher’s wedding to a chocolatier named Patrick, according to Inside Edition.

On the 22nd season premiere of the long-time children's cartoon "Arthur," the beloved teacher Mr. Ratburn got married to a man. (PBS)

Since it first aired in 1996, “Arthur” hasn’t mentioned Mr. Ratburn’s sexuality until now, though the word “gay” wasn’t used in the episode, according to TVLine.

Mr. Ratburn married a chocolatier named Patrick, according to Inside Edition. (PBS)

In a 2005 “Postcards from Buster” episode, the cartoon rabbit and friend of Arthur’s met children in Vermont whose mothers were lesbians, though the word “lesbian” was never said in that episode either, TVLine reported.

After the newest episode aired on Monday, people on social media were delighted by the news of Mr. Ratburn’s wedding to a man.

“Now that Mr. Ratburn is gay I can finally die,” one person wrote.

“Wow... after all these years. Congratulation Mr. Ratburn! Make sure you don’t hog all the wedding cake,” someone else tweeted.

Another person said: “Mr. Ratburn being gay is *my* Game of Thrones finale.”

“Welcome out and congratulations Mr. Ratburn!” Another Twitter user wrote.