Actress Blanca Blanco with her pet bunny after leaving behind her Southern California home. (Courtesy of Blanca Blanco)

Actress Blanca Blanco said she watched her home burn live on television after she was forced to flee from the Woolsey Fire that has ravaged Southern California.

Kim Kardashian West, Alyssa Milano and more stars were among the thousands of people who were forced to evacuate after the blaze started Thursday night and had pushed towards Malibu and the Pacific Ocean Friday. The blaze prompted evacuations in Malibu, Calabasas, Agoura Hills and other nearby areas.

The wildfire has killed two people and destroyed at least 177 homes.

The 37-year-old, who is currently staying in a hotel with her boyfriend, actor John Savage, told Fox News she was informed by a neighbor, who was already packing his bags, to leave their Malibu home Friday morning after she noticed a strange, growing dark cloud, piercing the sky. According to the neighbor, an evacuation notice was made on the news that same morning. 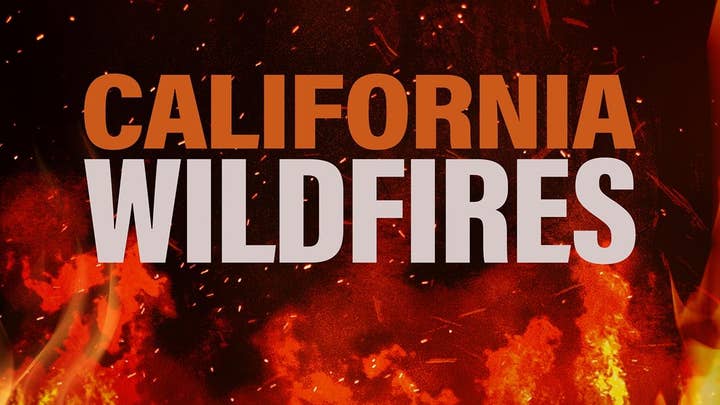 “My area was told three hours before that we have to evacuate,” said Blanco. “I ran to the house and I woke up John...I told him, ‘We have to leave now, there’s a fire. There’s no time.’ We had 10 minutes in the house. I just grabbed a couple of things, maybe two outfits, my grandmother’s red lipstick that she gave me before she passed away and my passport. I threw [everything] in my carry-on suitcase.”

Savage and Blanco decided to leave separately in their own cars so they could take whatever they could quickly. However, they were not prepared for the chaos that awaited them.

Blanco said she waited in line for gas for nearly an hour only to be told they were out. Fortunately, she had 80 miles left in her vehicle.

“Everyone was very aggressive [on the road],” she described. “… Even when I was in line [for gas] people would cut in front of me… This guy blocked another guy because he got mad at this lady for not going fast and then he was blocking everyone, just to make people angry… It took me 10 minutes just to move one block… I headed to Camarillo [in Ventura County] because there was less traffic there, but then it got really jammed… Everyone wanted to get out. People were aggressive, people were bumping into you. There was a lot of fear, a lot of panic. [Along the way], you saw people grabbing things from their homes. There were two ladies crying at the gas station in their cars.

“On the right side, there are mountains and on the left side, there’s the water. On the mountains, it was pitch black. You saw ashes falling like snow in the night. There was smoke and fog everywhere. Then you saw the fire… You felt like you were trapped. I was just praying nobody would get in an accident because it was the only way out… Then when I looked at the beach, I saw so many horses that were left there. It just looked like the end of the world. It really felt like Armageddon.”

As she waited on the road, Blanco took photos of what she was witnessing to show her loved ones the severity of the situation. When Blanco tried checking in on Savage, she had trouble getting in touch with him and feared the worst.

“I tried calling,” said Blanco. “I couldn’t reach him, but I was just going to Camarillo. We had told each other to meet there, no matter what… [But] I was having an anxiety attack while driving… it was pretty traumatic.”

Blanco and Savage eventually found each other in Camarillo and managed to stay at the only hotel that was still available in the city. They then went to the nearby Adolfo Grill restaurant to watch the news. That’s where she witnessed her home in the blaze.

“We’re watching the news and there’s our house on fire,” she said. “It was in flames. I just couldn’t believe this was all real. I felt numb… You know people say, ‘If there’s a fire, what would you take?’ At the moment, you’re [actually] going in circles. What should you get? The only thing I really remembered to grab was my passport. I took some clothes for a couple days and my [pet] bunny. But I had nothing else.”

Blanco admitted she was still stunned by what happened that morning even before learning her home had been destroyed.

“I thought, 'If I survive this, I don’t want to live in Malibu again because it felt like there was no exit.' You just saw the water and I’m not a swimmer… You don’t know if you’re going to be able to escape. There were a few times where it just felt like nothing was moving on the road. I just [remembered] looking to the side, hoping that the fire wouldn’t get near me.”

Blanco shared she was grateful to witness firefighters working tirelessly to combat the flames, as well as police officers controlling the merciless traffic as people rushed to escape.

“Bless their hearts,” she said. “They were very courageous.”

Blanco and Savage haven’t been able to return to the property and are waiting for their chance to return.

“I just hope that maybe something was saved, even pictures,” said Blanco. “I still have that hope, that maybe there’s something that I can keep as a memory, like pictures. I didn’t take any pictures.”

As of Monday, some of the thousands of people who fled Southern California’s wildfire were being allowed to return home, and traffic was flowing on the major highway through the area after of closure of several days. Some forecasts still called for continuing critical fire weather conditions. Mandatory evacuations remained in effect in many other areas, including the entire cities of Malibu and Calabasas.

Blanco said she is blessed to be alive.

“If we would have waited another 30 minutes, I probably wouldn’t be here because the fire was moving so fast,” she said. “I’m a morning person… and I guess that saved my life… I can’t really sleep that well now, but I’m here.”