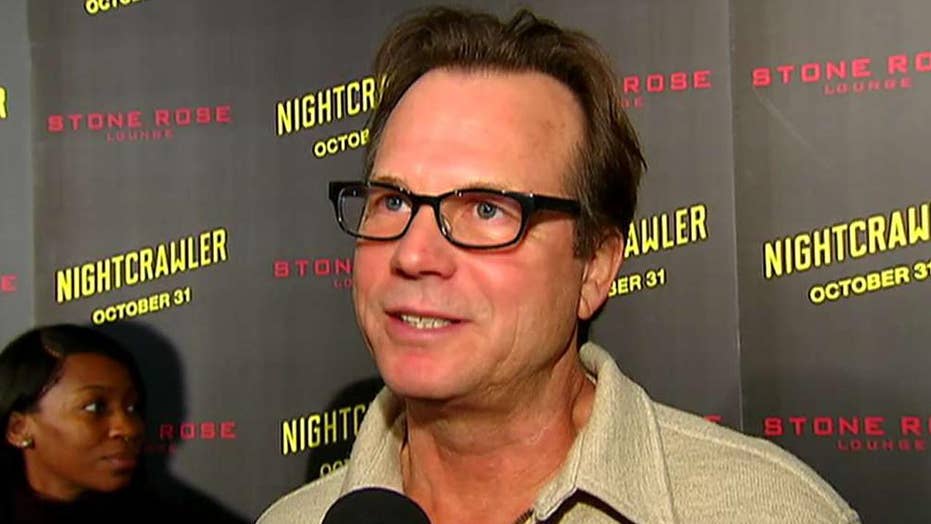 Emmy-winning actor reportedly died due to complications from surgery

Actor Bill Paxton, a prolific and charismatic actor who had memorable roles in such blockbusters as "Apollo 13" and "Titanic," has died. He was 61.

“It is with heavy hearts we share the news that Bill Paxton has passed away due to complications from surgery,” a family representative said in a statement. “A loving husband and father, Bill began his career in Hollywood working on films in the art department and went on to have an illustrious career spanning four decades as a beloved and prolific actor and filmmaker. Bill’s passion for the arts was felt by all who knew him, and his warmth and tireless energy were undeniable. We ask to please respect the family’s wish for privacy as they mourn the loss of their adored husband and father.”

Paxton, a Fort Worth, Texas, native, was cherishing for his work in "One False Move" and other low-budget movies and in the HBO series "Big Love."

He appeared in dozens of movies and television shows and seemed to be around when history was made both on and off screen. As a boy, he was in the crowd that welcomed President John F. Kennedy in Texas on the morning of Nov. 22, 1963, hours before Kennedy was killed in Dallas. As a young man, he worked in the art department for "B'' movie king Roger Corman, who helped launch the careers of numerous actors and filmmakers.

Paxton's movie credits included some of the signature works of the past 40 years, from "Titanic" and "Apollo 13" to "The Terminator and "Aliens." Television fans knew him for his role as a polygamist, with three wives who expected the best from him, in the HBO series "Big Love," for which he received three Golden Globe nominations.

"Bill Paxton was a big-hearted, thoughtful and honorable person," his "Big Love" co-star Chloe Sevigny said in a statement. "He always had a smile on his face and could entertain any room with his wonderful stories of his many amazing years in Hollywood."

Paxton was currently starring in the CBS drama "Training Day," which premiered Feb. 2. The network has not yet announced whether it will continue to air the completed episodes.

Paxton is survived by his wife of 30 years, Louise Newbury, and their two children. His first marriage, to Kelly Rowan, ended in divorce.