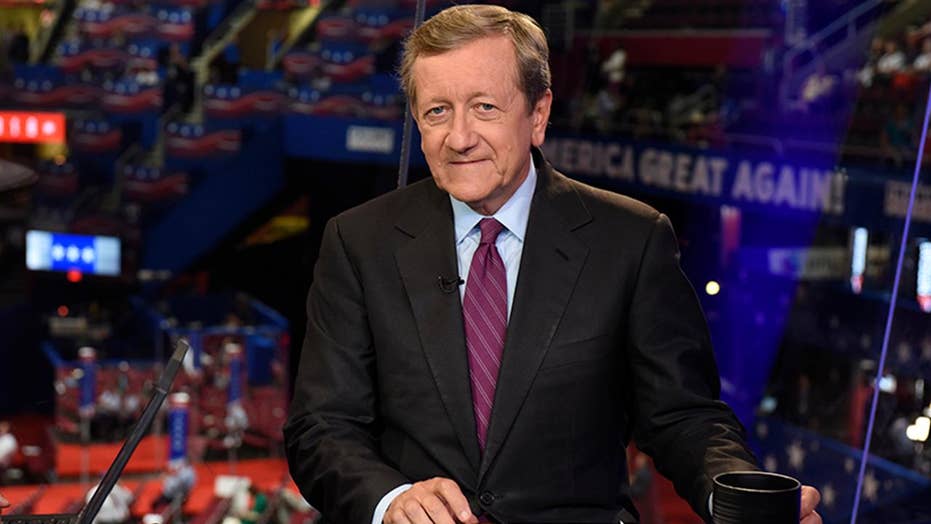 Network clarifies report to say Flynn was directed to speak with Russians during the presidential transition.

ABC's famously error-prone chief investigative correspondent, Brian Ross was at it again on Friday when the network was forced to issue an embarrassing correction when Ross botched a bombshell "exclusive" about retired general Michael Flynn.

An ABC spokesperson declined to comment on whether Ross will be disciplined. He has not been sanctioned for past errors.

Ross's report, delivered live to ABC stations during a "special report" on Friday, said that Flynn would testify that Donald Trump had ordered him to make contact with Russians about foreign policy while he was still a candidate – which raised the specter of impeachment and sent the Dow careening down.

Later in the day, ABC issued a "clarification" to Ross's report, saying that Trump's alleged directive came during the transition, after he'd been elected president-- a key distinction.

After Ross misreported the news on Friday morning, he appeared on “World News Tonight” to correct himself.

“During a live Special Report, ABC News reported that a confidant of Lt. Gen. Michael Flynn said Flynn was prepared to testify that then-candidate Donald Trump instructed him to contact Russian officials during the campaign,” the correction noted. “That source later clarified that during the campaign, Trump assigned Flynn and a small circle of other senior advisers to find ways to repair relations with Russia and other hot spots. It was shortly after the election, that President-elect Trump directed Flynn to contact Russian officials on topics that included working jointly against ISIS.”

That Ross' original report had sharply moved the markets with ABC's trademark anti-Trump reporting caused some reflection about the influence of the liberal media not just on policy, but on the economy.

Fox News contributor Stephen Miller sarcastically tweeted, “I for one can’t tell you how excited I am that a major media conglomerate has now realized they can manipulate the stock market at will.”

As reported earlier, an ABC spokesperson didn’t respond when Fox News asked if Ross would be disciplined, but it’s hardly his first time the chief investigative correspondent has embarrassed his news division.

Political blogger Charles P. Pierce even predicted the report would be false, based solely on Ross’ reputation.

“I'm going to hold fire on the ABC report. Ross has been known to get out over his skis. But, if it's true, that's the ballgame,” Pierce tweeted roughly six hours before the correction.

Even CNN's liberal media reporter, Brian Stelter appeared to be calling for Ross' head, asking if there would be discipline.

President Trump’s son, Donald, predicted on Twitter Saturday there would be no disciplinary action against Ross because “the truth doesn’t fit the narrative.”

He added in a subsequent post that “the same error about his predecessor would have been met with real consequences.”

Back in 2012, Gawker famously labeled Ross “America’s Wrongest Reporter” and said he was “breathtakingly reckless” after he said the Aurora, Colorado movie theatre shooter may have had Tea Party ties, based simply on his discovery that someone he found on the Internet shared the name James Holmes with the shooter.

“When there's breaking news, especially about terrorism and national security, ABC News' Brian Ross is there. And under no circumstances should you listen to anything he says,” Gawker’s John Cook wrote.

Cook went on to list a handful of Ross’ notorious legacy of mishaps, including falsely connecting domestic anthrax attacks to Iraq. Cook reminded readers to “Never, ever listen to anything Ross reports unless and until it has been confirmed by another, better, reporter.”

Ross has caused trouble for ABC News many more times in his more than two decades with the network. His report "Taking on Toyota" was widely criticized for relying on data from trial lawyers. He's also stirred controversy with disputed reporting on the Detroit "underwear bomber".

To his credit, Ross is also one of the most decorated investigative reporters in the business, winning more journalistic awards than can easily be counted.

Perhaps that's why ABC News has kept him around -- at a reported seven figure salary -- despite the long series of embarrassments. In recent years, according to sources, ABC has cut the size of Ross' team of producers, and provided him with fewer on-air platforms for his reporting. An ABC insider said, however, that this had less to do with Ross' errors than with ABC's diminished disinterest in hard news and investigative reporting.

Reliably liberal ABC News has however continued its drumbeat of anti-Trump reporting, employing former Clinton operative George Stephanopoulos as its principle anchor. ABC's Chief Global Affairs Correspondent Martha Raddatz was called out by then-President elect Trump for crying on air on election night (she denies this) and former President Obama attended her second of three weddings.

ABC's beleaguered entertainment programming is also notoriously liberal, with the network recently shelling out an eye-popping $25 million to employ Clinton activist Katy Perry as a judge for a revised season of "American Idol".

Meanwhile, Disney CEO Bob Iger is widely reported to have ambitions to run for the White House himself and plans to step down prior to the 2020 and could challenge Trump as the Democratic nominee.

ABC News simply responded with the link to a tweet offering the correction when reached for comment.