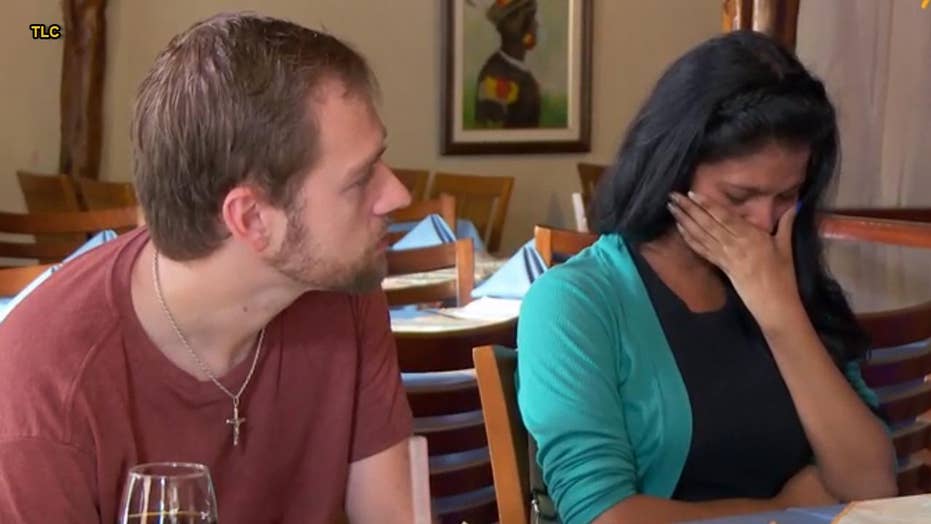 '90 Day Fiancé: Before the 90 Days' star Karine admits she's not happy in her relationship with Paul.

Karine and Paul of "90 Day Fiance: Before the 90 Days" fame, have a lot of issues to work through before tying the knot.

Aside from not speaking the same language and their 13-year age difference, Karine feels she can't get her fiance to listen to her.

In an exclusive clip from the upcoming episode of the TLC series, Karine breaks down in tears when discussing her relationship with Paul in front of her parents.

"Sometimes he treats me so well in front of my parents [but] sometimes when they aren't with us he is not always this nice," Karine says through tears.

She then explains that Paul "banned" her from talking to "a lot of people" because he doesn't trust her.

After a translator informs Paul what Karine said, he explains that he only asked her to stop speaking to people flirtatiously online.

Karine's mom then chimes in and asks her daughter if there is "something wrong about your relationship that you have to talk to other people?"

An emotional Karine says through tears that Paul "doesn't listen. He simply turns his back and leaves me talking by myself and makes me cry."

Watch the clip above to see how Paul responds.