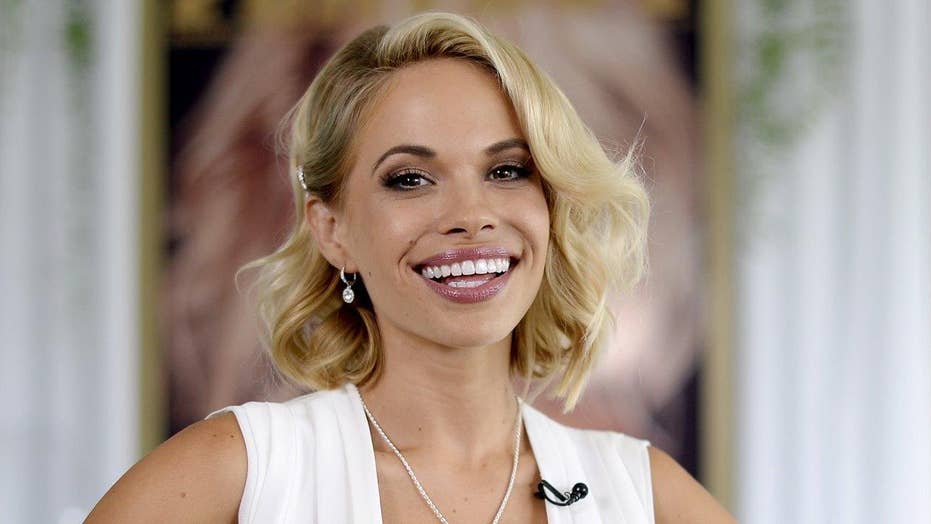 Fox 411: Dani Mathers' apology for Snapchat body shaming may not be enough

Playboy Magazine is known for its buxom beauties, but life for many of the Playmates is not as picture perfect as it appears to be. From tragic premature deaths to epic social media fails, these are the biggest Playboy scandals:

Dani Mathers, 28, the 2015 Playmate of the Year, poses during a luncheon on the garden grounds of the Playboy Mansion in Los Angeles, California May 14, 2015. Mathers, the 56th Playmate of the Year, also receives $100,000 in prize money and a one-year lease on a 2015 Mini Cooper S Convertible in Midnight Black. REUTERS/Kevork Djansezian - RTX1D0UO (Reuters)

2015’s Playmate of the Year Dani Mathers showed her ugly side when she snapped a photo of an unsuspecting naked woman at the gym and posted it for the world to see on Snapchat in July. The pinup was quickly fired from her radio show gig and was banned from the gym LA Fitness. Presently, she is being investigated by the Los Angeles Police Department and could face criminal prosecution. The 29-year-old lawyered up with powerhouse attorney Tom Mesereau, who most notably represented Michael Jackson.

Model Anna Nicole Smith poses as she arrives as a guest at the world premiere of the film "Be Cool" in Hollywood, California February 14, 2005. The film stars John Travolta, who stars as Chili Palmer in the sequel to the original comedy "Get Shorty". REUTERS/Robert Galbraith RG/AT - RTRNCI0 (REUTERS)

Anna Nicole Smith busted onto the scene with her Playboy pictorial debut, winning the coveted Playmate of the Year title in 1993. Shortly after, she secured contracts with fashion powerhouses like Guess. But her life seemed to crumble before fans’ eyes on her reality show and in court as she battled for her elderly billionaire husband, J. Howard Marshall’s money when he died. Then, her son Daniel passed in 2006 from a drug overdose. Smith died shortly thereafter from an accidental drug overdose on February 8, 2007 at the age of 39. The model is survived by her daughter, Dannielynn Birkhead.

Marilyn Monroe graced the first-ever Playboy cover, making her a sex symbol for eternity, but her life was cut short because she suffered from depression and substance abuse. She was found naked with empty pill bottles surrounding her on August 5, 1962. The actress was 36-years-old.

Playboy favorite Pamela Anderson had tongues wagging with not one but two sex tapes -- one with her then-boyfriend Brett Michaels and a second with her ex-husband Tommy Lee. The "Baywatch" actress claimed both were released without her consent and went to court to have the distribution stopped.

1980’s Playmate of the Year, Dorothy Stratten, was murdered by her estranged husband, Paul Snider, before he turned the gun on himself. Stratten was 20. Snider allegedly became jealous of Stratten’s relationship with director Peter Bogdanovich when she was cast in his film, “They All Laughed.”

Playboy Playmate Cassandra Lynn Hensley was found dead in a bathtub in 2014. She was 34. A police report revealed she overdosed from large amounts of alcohol and cocaine. She made her way to the pages of Hugh Hefner’s mag after placing in the top 20 of a Hawaiian Tropics pageant.

Chloe Goins, a model who claims entertainer Bill Cosby drugged and sexually abused her at the Playboy Mansion in 2008, appears before reporters outside Los Angeles police headquarters after meeting police investigators Wednesday, Jan. 14, 2015. Her attorney, Spencer Kuvin, said she came forward after hearing about other women describing abuse by Cosby and realizing she might have a valid criminal case against the comedian. (AP Photo/Nick Ut) (AP)

Chloe Goin’s accused Hugh Hefner of allowing Bill Cosby to unknowingly drug underage women during his Playboy Mansion parties. Hefner has said he had no knowledge or involvement of Cosby's alleged behavior at the Mansion. The LAPD decided to not going forward with criminal charges against Cosby or Hefner.