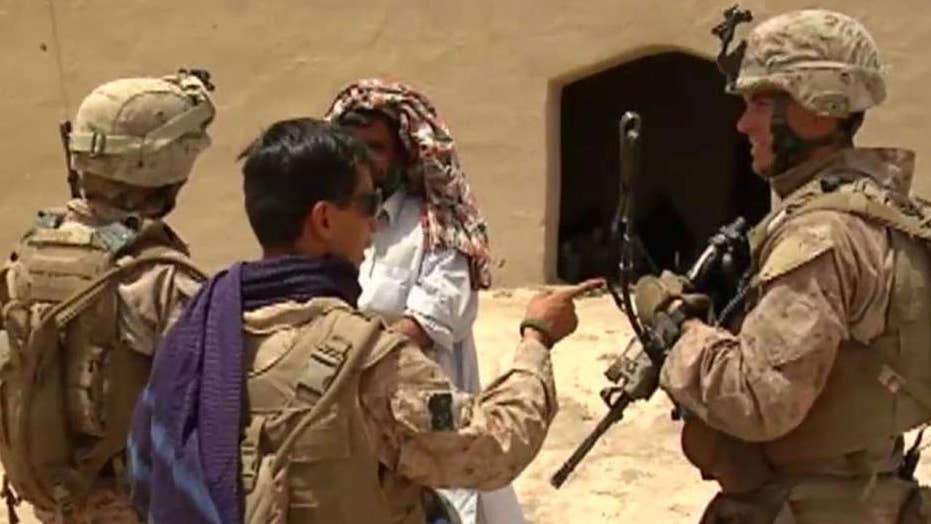 US soldier keeps promise to translator who saved his life

Player of the Week: Matt Zeller started No One Left Behind, a group devoted to saving Afghan and Iraqi translators who have risked their lives protecting American soldiers.

Several U.S. Special Forces troops have been petitioning for special visas for the family of an heroic Iraqi interpreter killed in a 2007 suicide blast whose last words were, "Take care of my son. Take care of my wife," Stars and Stripes reported Thursday.

Jay McBride, a former Special Forces medic, told the newspaper that Barakat Ali Bashar, an Iraqi linguist, sacrificed his life to save a squad of American Special Forces from a suicide bomber’s attack near the Syrian border in Sept. 2007.

Bashar, who assisted U.S. Special Forces during their fight against Al Qaeda in northern Iraq, was among 50 interpreters scheduled to gain entry to the U.S. under legislation signed by President George W. Bush and expanded under President Barack Obama.

After his death, Bashar’s family received compensation from the U.S. but never left Iraq.

“Is this how you treat a family of someone who worked five years with the U.S. Army; someone who was loyal to the U.S. and Iraq; someone who gave his life serving with U.S. Army soldiers and trying to protect them?”

As of 2018, the family is living in a refugee camp in Kurdistan, the report said.

The family, which is of Yazidi descent, fled their home near Mount Sinjar after the Islamic State took control of the region in 2014, forcing to them leave behind documents proving Bashar had worked with the U.S.

The family told Stars and Stripes that Bashar’s history of service to the U.S. and their Yazidi ethnicity made them a target on multiple fronts.

“These radical groups target all Yazidis, however, our situation was much harder since even many so-called moderates view people who worked for the US Army and their families as enemies,” the family wrote in a statement.

In April, the family was interviewed by the International Organization for Migration, IOM, and their case was submitted to immigration authorities. In an Aug. 30 email, the U.S. Army Intelligence confirmed to Stars and Stripes that Bashar had been employed with the company, L3, as a linguist in Iraq at the time of his death.

McBride told Stars and Stripes that he and other veterans have been writing letters in support of the family’s special visa application since 2015.

“[Bashar] never faltered in his commitment to help American forces in Iraq, even after his family was threatened and their names were placed on a list that was circulated around the region, describing him as a traitor for supporting American forces,” said Michael Swett, another Special Forces soldier.

Bashar’s family is now waiting for a follow-up interview with the State Department.

“Is this how you treat a family of someone who worked five years with the U.S. Army; someone who was loyal to the U.S. and Iraq; someone who gave his life serving with U.S. Army soldiers and trying to protect them?” McBride said.