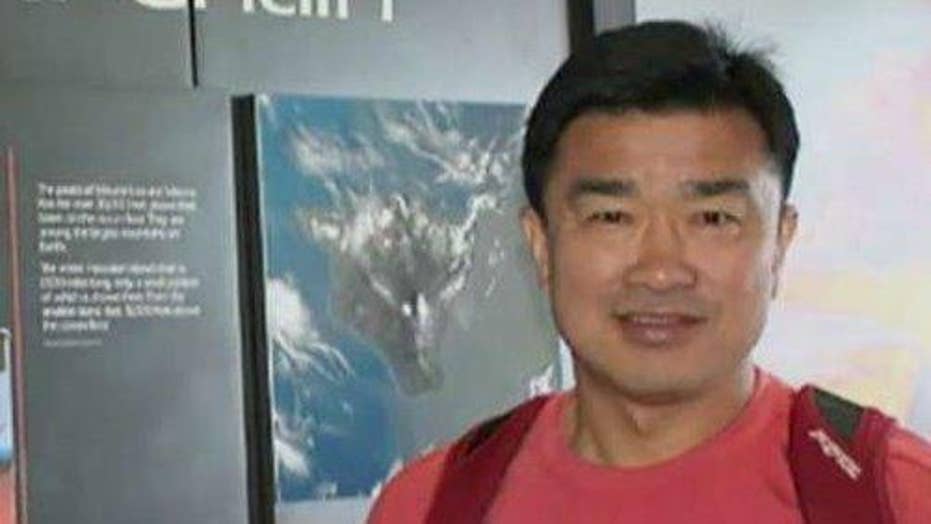 3rd American now detained by N. Korea: What next for US?

North Korea has put another American behind bars, bringing to three the number of U.S. citizens imprisoned in the rogue regime's infamous gulags even as tensions on the peninsula threaten to spiral out of control.

Tony Kim, a 58-year-old Korean-American professor, was detained at Pyongyang International Airport after teaching accounting for a month at Pyongyang University of Science and Technology and working on aid and relief programs to North Korea.

In the past, North Korea has generally quickly released any American citizens it detained – waiting at most for a U.S. official or statesman to come and to personally bail out detainees. But that appears to be changing.

Kim’s arrest makes him the third American citizen currently detained in North Korea, and while activists and U.S. government officials have lobbied for the release of these prisoners, little progress has been made as relations between Washington and Pyongyang deteriorate amid the latter’s continued missile tests and refinement of nuclear weapons.

Here is a look at the three American citizens being held in North Korea.

Kim was detained in North Korea on Saturday, according to Park Chan-mo, the chancellor of the Pyongyang University of Science and Technology, as he was trying to leave with his wife on a flight to China.

The Swedish embassy in Pyongyang said Sunday it was aware of a Korean-American citizen being detained recently but could not comment further. The embassy looks after consular affairs for the United States in North Korea because the two countries do not have diplomatic relations.

The State Department also said it was aware of the report about a U.S. citizen being detained, but declined further comment "due to privacy considerations."

Park said he was informed that the detention had "nothing to do" with Kim's work at the university but did not know any further details.

Kim previously taught Korean at the Yanbian University of Science and Technology in Yanji, China, not far from the North Korea border, said the school's Communist Party committee secretary.

As of Monday morning, North Korea's official media had not reported on the detention and there so far have been no details on why Kim was detained.

The 21-year-old University of Virginia undergraduate student from Ohio was detained on January 2, 2016, at Pyongyang International Airport, while visiting the country as a tourist with Young Pioneer Tour.

Warmbier was charged with stealing a political sign from a staff-only floor in the Yanggakdo International Hotel in Pyongyang and committing “crimes against the state.” He was given a one-hour trial last March at which the government presented fingerprints, CCTV footage and pictures of a political banner to make its case against the American student.

Little is known about Warmbier’s current condition, but his parents have pleaded with both the Obama and Trump administrations to help free their son.

“President Trump, I ask you: Bring my son home. You can make a difference here,” Fred Warmbier said during an appearance on Fox News’ Tucker Carlson earlier this month.

Julia Mason, a State Department spokeswoman, told the Cincinnati Enquirer that the U.S. government “continues to actively work to secure his earliest possible release.” Mason added, however, that U.S. emissaries in North Korea have not been able to visit Warmbier for more than a year.

“A representative from the Swedish Embassy … last visited Mr. Warmbier on March 2, 2016,” Mason said. “We are in regular, close coordination with representatives of the Embassy of Sweden.”

A photo of Kim Dong Chul being escorted by North Korean guards. (The Associated Press)

The plight of the Korean-American businessman is probably the most hazy case of all the Americans being held in North Korea.

A former resident of Virginia, Kim was living in China with his wife and operating a business in a special economic zone of North Korea when he was detained in October 2015 while in the city of Rason. His detainment was not made public until North Korean officials introduced him to a visiting news crew and allowed him to be interviewed through an interpreter.

It was later revealed that Kim had been detained on suspicion of engaging in spying and stealing state secrets. He was sentenced to 10 years in prison with hard labor after a brief trial in Pyongyang. North Korea's Supreme Court found Kim guilty of espionage and subversion under Articles 60 and 64 of the North's criminal code.

When he was paraded before the media in Pyongyang last March, Kim said he had collaborated with and spied for South Korean intelligence authorities in a plot to bring down the North's leadership and had tried to spread religion among North Koreans before his arrest.