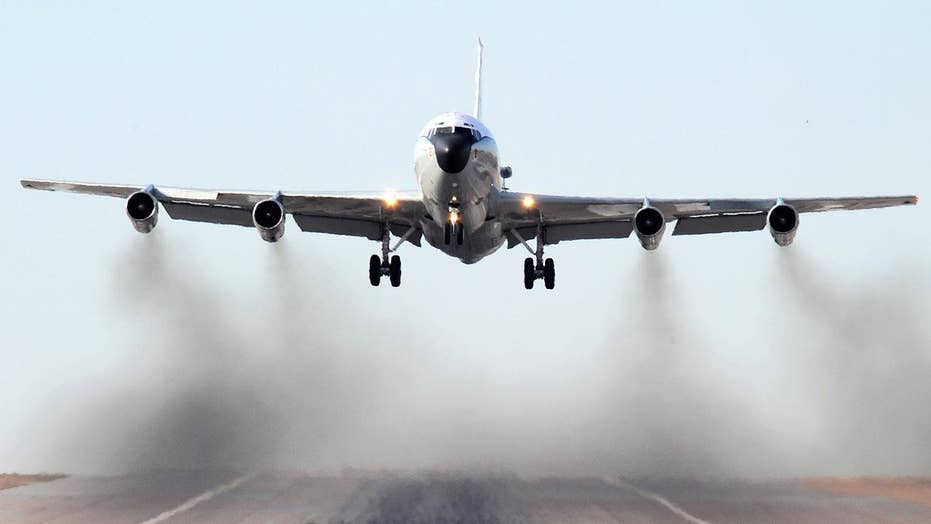 U.S. radiation-detecting plane was on routine exercise over international waters when it was buzzed by Chinese aircraft; Jennifer Griffin reports from the Pentagon

Two Chinese fighter jets intercepted an American radiation-sniffing surveillance plane over the East China Sea in an “unprofessional” maneuver —  the latest in a series of such incidents that has worried the Pentagon.

“They came much too close,” a Pentagon source told Fox News Friday.

She said the crew’s characterization was "due to the maneuvers by the Chinese pilot as well as the speeds and proximity of both aircraft," Hodge said.

"U.S. military aircraft routinely transit international airspace throughout the Pacific, including the East China Sea," she said. "This flight was no exception."

“The issue is being addressed with China through appropriate diplomatic and military channels,” she added.

In February, a Chinese early warning aircraft and U.S. Navy patrol plane had an "unsafe" encounter over the South China Sea — again over international airspace.

Such incidents have occurred occasionally over and within the South China Sea, which China claims virtually in its entirety.

China declared an air defense identification zone over a large section of the East China Sea in 2013, a move the U.S. called illegitimate and has refused to recognize.

China has demanded foreign aircraft operating within the zone declare their intentions and follow Chinese instructions. Hodge declined to say whether Wednesday's incident was within the self-declared Chinese zone.

China's Ministry of National Defense did not immediately respond to a request for comment.