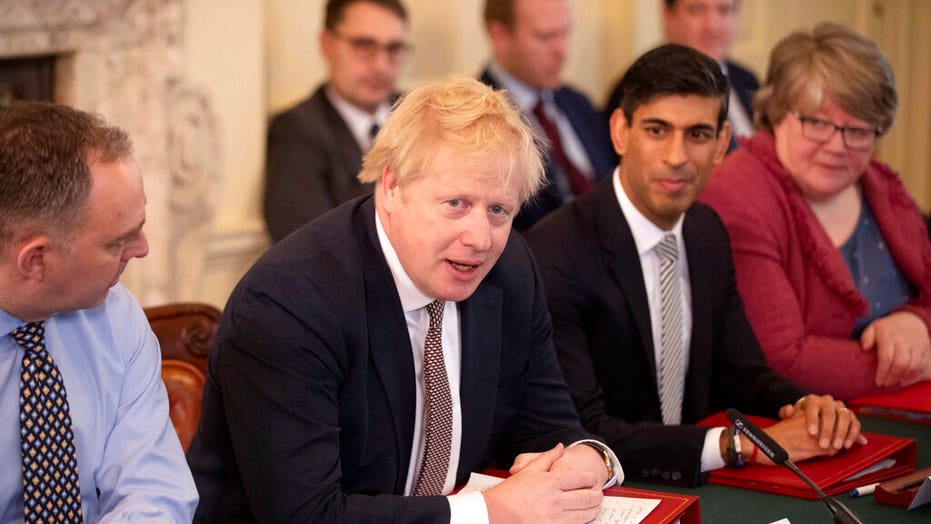 The U.K. government on Tuesday unveiled a new points-based immigration system that will assess prospective immigrants based on their skills, qualifications and salary while shifting the economy away from a reliance on cheap labor.

Prime Minister Boris Johnson's Conservative government said the new rules would "open up the U.K. to the brightest and the best from around the world.”

British Prime Minister Boris Johnson speaks during his first Cabinet meeting flanked by his new Chancellor of the Exchequer Rishi Sunak, centre right, after a reshuffle the day before, inside 10 Downing Street, in London, Friday, Feb. 14, 2020.  (AP)

More than 3 million EU citizens currently living in the U.K. are entitled to stay. But from January 1, 2021, new immigration rules will apply to EU and non-EU citizens alike.

The new rules make it tougher for EU citizens but easier for people from many other nations starting next year. Skilled immigrants are currently required to have a university degree but in the future will only need the equivalent of Britain's pre-university "A levels."

The government said it would come up with specific proposals for scientists, graduates, health care workers and those in the agricultural sector. But there is no specific immigration route for what the government calls "low-skilled workers" — a category it says includes 70 percent of the more than 1 million EU citizens who have moved to the U.K. since 2004.

The immigration plan still has to be passed by Parliament — which is highly likely since the Conservatives have a large majority.

In response to some employers’ arguments that the new changes could bring about a labor crisis for sectors such as health and social care, the government said the U.K. needed to “shift the focus of our economy away from a reliance on cheap labor from Europe and instead concentrate on investment in technology and automation," adding: "Employers will need to adjust."